Today I overheard both sides of a heated telephone conversation between two "youfs". First, let me clarify that I was not stalking them, but I was in earshot of Youf #1 who had the loud-speaker on his mobile turned up to 11, allowing everyone the dubious honour of being able to hear the chavvish screams of Youf #2. 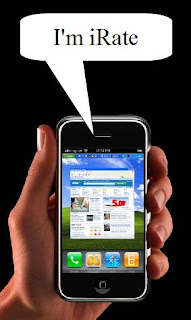 To begin with I was generally concerned as an argument erupted and threats were bandied about. From what I could deduce (I'm no Harriet the Spy) the general premise was that Youf #1 had pushed over the younger brother of Youf #2 during a game of football, causing Youf #2 to defend his family's honour... via mobile conversation (please remember these are 15 year-olds, this is more Little Rascals than The Godfather).

"Don't you EVER touch my little brother again, understand?" squealed Youf #2. "Next time I see you I should punch you in the face!"

To wit Youf #1 returned "If you do that, I know loads of people in ____ who will lay you out!" (He didn't really pause there, I'm just not revealing the place name, aight?)

This charming tete-a-tete continued with voices rising and tempers fraying, until the very last sentence. When this happened:


"By the way," said Youf #1, all anger evaporated from his voice, to be replaced with mild giddiness, "don't forget to phone me if you're allowed out later, so we can meet up, okay? See 'ya, bye." 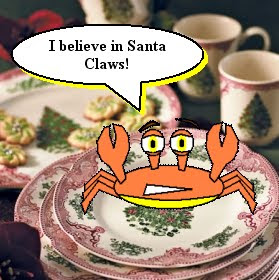 Hello weary traveller and welcome to the CRaB Shack - thank you for scuttling in. As we leave Christmas behind us once again and head into a new year and a new decade, I thought it was about time I joined the tech-savvie populace (about five years late) and started a blog.

This is that blog. Ta-da!

True, it's looking a little empty and unhomely at the moment, but Rome wasn't built in a day either. Needless to say, as time goes on and I have more to get my claws into (and, one can hope, more followers) then the CRaB Shack will really come alive with musings, anecdotes, reviews, news and other such amusing (hopefully) and exciting (definately) entries.