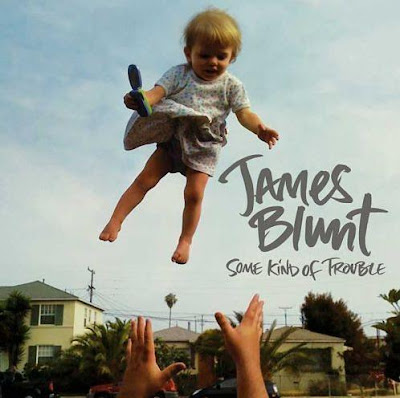 When an artist as globally renowned as James Hillier Blount (that’s Blunt to you and I) releases a new album, you expect him to return to the limelight with an almighty bang: a flurry of high profile appearances, hyperbolic performances, grandiose costumes and a swirl of magazine covers and interviews; literally anything to get the word out that JAMES BLUNT IS BACK.

Yet, after three years away from the public eye, the “Wiseman” hit-maker has released his new LP in a rather muted and old-school fashion: he’s clearly letting the songs speak for themselves, which is a brave move when competing with the Rihanna’s, Lady GaGa’s and Cheryl Cole’s of the extrovert 2010 pop landscape.

And so it is that Some Kind of Trouble “only” reached #4 in the UK charts this week, after his two previous records both hit the top spot. This is not to say that this is a weaker collection of tracks – to go top 5 is by no means a failure – but three years is a long time away in this flippant and inattentive superficial age. You may require more than a guest slot on Never Mind the Buzzcocks next time, James. I’d book myself in for The X Factor results show in 2013 now, if I was you!!

Blunt has always been know for “nice” songs; inoffensive and harmonious ditties which let his soft voice soar on the choruses and can easily be played on acoustic guitar. They lack the almighty bang which I previously mentioned, relying instead upon capturing the public imagination to make an impact, much like “You’re Beautiful” did half a decade ago. It’s a shame that lead single “Stay the Night” didn’t quite manage this (peaking as it did at #37) as it is a joyful and happy track which evokes summer nights and camp-fire sing-alongs. 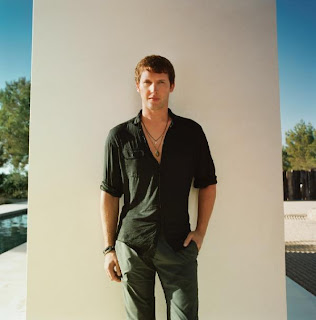 Alongside the warm and uniting glow of “Stay the Night”, “Superstar” (track 6) and “I’ll Be Your Man” (track 10) are my personal favourites from the album – upbeat and jaunty numbers which get your mouth humming and foot tapping. Track 2, “Dangerous”, starts off with a much heavier beat than you usually expect from a Blunt number, but that soon gets lost amid the tuneful layering – not that that’s a negative admission.

If you’re familiar with either 2004’s debut Back to Bedlam or sophomore effort All the Lost Souls (2007) then you know what to expect from Some Kind of Trouble. This album is by no means a reinvention; indeed a trio of tracks – “Best Laid Plans”, “No Tears” and “Calling Out Your Name” – retain the sombre melody of the musician’s more heartfelt ballads from previous releases. Perhaps they were written in the same sessions and held back, who knows?

From suspiciously similar songs to something spectacularly specialised: album closer “Turn Me On” is something of a unique peculiarity. More discordant in tone and with a rawer and jazzier feel than any of the album’s other tunes, this raunchy slap bass number sticks out like a sore thumb. It’s not necessarily bad, but it doesn’t feel like it belongs, either, which is perhaps why it was tagged on the end as an experimental bonus track, after the five seconds of silence which compose track 12.


In a CR@B Shell: A solid if unspectacular return for the former army officer. Playing to his strengths, Some Kind of Trouble repeats Blunt’s folksy formula, though he may have to change things up a little for future releases if he is to avoid being labelled bland.
aaaaa
Created by ~ CR@B Howard ~ at 14:12