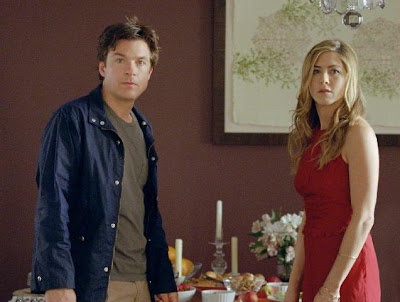 Not usually the kind of film I would dash to see on the big screen, but a friend of mine bagged two tickets to a preview screening of The Switch last weekend, and with Total Film and Empire both yet to publish their reviews, I couldn't pass up a CR@B Shack exclusive (or a free VIP cinema ticket).

From the producers of Juno and Little Miss Sunshine and the directing duo behind Blades of Glory, it's no surprise that the promoters took the indie route when hyping up this comedy-drama on artificial insemination (working title The Baster). But fear not all ye prudes, this is no crude, sex-juice-centric, low brow gag-athon, but a more mature and gently charming “dramedy” on the values of friendship and grabbing life with both hands. Pardon the pun.

Jennifer Aniston plays 40-something New York singleton Kassie Larson, who makes the rather modern decision that she doesn't need a man to have a child – just a turkey baster full of sperm from a willing donor. Girl Power! However, her neurotic and risk-adverse former flame turned “BFF” – yes, they actually use that term in the film – Wally Mars (Jason Bateman) is less impressed with her self-sufficient decision, and drunkenly decides to swap the donor's white stuff for his own. As you do.

Seven repressed years later, and following a spell in Minnesota, single mother Kassie moves back to the Big Apple with the apple of her eye, son Sebastian (Thomas Robinson), who quickly strikes up a report with Wally, forcing the responsibility shy adult to face up to the truth of his ill advised secret donation – but how can he break the life-changing news to Kassie?

The outcome is painfully obvious from the very beginning, but it is the performances which elevate The Switch above rom-com mundanity. Aniston plays Aniston, while Jason Bateman is as likeable as ever as erratic, sweater-wearing Wally, who makes the biggest emotional journey. Juliette Lewis and Jeff “Ian Malcolm!!” Goldblum both sparkle as the respective lead's peppy friends, while Patrick Wilson plays supposed donor Roland as smug, without being stereotypically deplorable.

The real star of the show, however, is little Thomas Robinson. Frail yet eccentrically independent (he collects picture frames but prefers to leave the stock photo on display), parents everywhere will find it hard to resist Sebastian's wide-eyed cuteness and delicate nature.


CR@B Verdict: A predictably routine rom-com plot is fertilized with a trendy 21st century concept(ion) and some charming performances. The Switch is hardly a cinematic breakthrough, but it's not a total baste of time.
aaaaa
Created by ~ CR@B Howard ~ at 16:12