The CR@B Who Is Slightly Obsessed 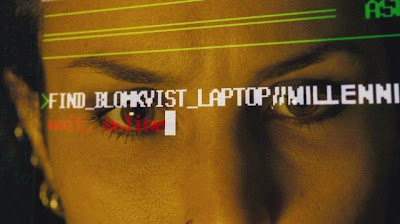 [MAJOR SPOILERS] I will openly admit that I am thoroughly hooked by the late Stieg Larsson’s Millennium trilogy. Despite the considerable length of each volume – not to mention the deluge of Swedish names, places and idiosyncrasies which threaten to alienate foreign readers – I have never come across such an absorbing and powerful crime series; and I’ve still got Book III to look forward to!

It’s an overused cliché, but I literally couldn’t put either The Girl With The Dragon Tattoo or follow up The Girl Who Played With Fire down, such is the remarkably effortless (if dense) style of Larsson’s well-researched and passionate prose. His characterisation is so comprehensive that you actually feel like punk heroine Lisbeth Salander and journalist Mikael Blomkvist are real – if tormented – flesh and blood people.

The process of adapting the pages onto celluloid cannot have been an easy process, and yet, last year’s Dragon Tattoo was an atmospheric and gripping experience on its own merits (in fact, I actually watched the film before reading the novel), with Noomi Rapace delivering a definitive and star-making performance as eccentric hacker and social pariah Salander.

However, this quick-fire sequel (the entire trilogy has already been released in its native Sweden) saw a change of personnel behind the camera, with a new scribe and director taking over the reigns. This is always a slight concern mid-trilogy, especially given the overwhelming success of the original, and early reviews suggested that Played With Fire was a far more flat and conventional adaptation, lacking the suspense and style which glamorised its predecessor.

Personally, I did not note a dramatic downgrade in cinematic quality – this sequel is just as bleak, grisly and strictly-for-adults as the misogyny and corruption-crammed novel implies. There is a change of tone, true, and an injection of ass-kicking, taser-zapping, car-chasing action, but then this is a different story, evolving from Tattoo's 40 year old murder mystery to a present day race against time. 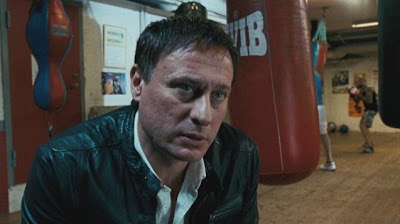 For those who are unaware (and definately missing out), Played With Fire's premise in a nutshell: crusading journalist Mikael Blomkvist (Michael Nyqvist) sets out to prove Lisbeth’s innocence as she is hunted by the police and framed for the murder of journalist Dag Svensson (Hans Christian Thulin) and his criminologist girlfriend Mia, on the eve of Millennium magazine's publication of Dag’s shocking expose of Sweden’s illegal sex trade.

Even at over two hours, writer Frykberg and director Alfredson (brother of Let The Right One In director Thomas) struggle to pack Larsson’s ever-expanding story into their trimmed down narrative. Entire sequences (such as the early Caribbean tornado) are cut out, important players (Dragan Armanskij) reduced to cameo's and sprawling subplots (the Motorcycle club) slimmed to single scenes.

At times the filmic edits and narrative reductions are slickly implemented (I liked the way Lisbeth’s prints ended up on the murder weapon), while elsewhere you are left stumped by how the plot jumped wildly from A to x². No doubt the 50 minutes of excised footage which was re-edited into the Swedish television serialisation will pad out the omissions and ease any newcomers into the blistering plot.

Rapace is undeniably still the star of the show, allowing the audience to sympathise with such a cold but plucky character, and as Lisbeth’s personal

investigation into the gruesome murders links in with her disturbingly troubled back-story, you find yourself becoming utterly transfixed by her plight; never under any illusion that she is guilty.

The film’s suspenseful climax, pitting tiny-but-resourceful Lisbeth against the shadowy mastermind “Zala” (Georgi Staykov) and his giant henchman Niedermann (Micke Spreitz, in a role originally offered to Dolph Lundgren) is a truly tense – and genuinely creepy – temporary conclusion which leaves the audience on a real cliffhanger prior to November’s release of Hornet’s Nest.


CR@B Verdict: My heart shouts “5*s!” but my head disagrees: Played With Fire culminates into a heart-pounding and riveting drama, but the cuts to the novel leave your head in a spin early on. Fingers crossed the TV version will smooth over the jumps in this otherwise enthralling edit.
aaaaa
Created by ~ CR@B Howard ~ at 06:12