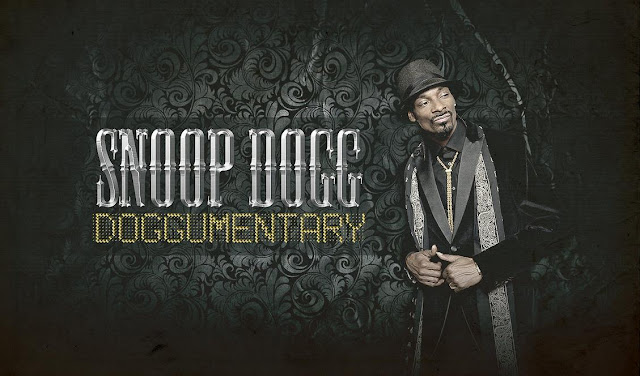 While I'm far from a hardcore hip hop enthusiast and I'm sure that to people who know me personally, the fact that I even considered going to a Snoop Dogg concert – much less attended – has left them in a bewildered stupor; but he is undoubtedly a legend in his genre and an outlandish on-stage personality with a vast catalogue of instantly recognisable – if foul-mouthed – tracks to his stage name. The entertainment factor was guaranteed and as a fan of live music I simply couldn't pass up the opportunity. Na, na, na, na, na...

Upon entering the capital's top live venue, the diversity of the audience immediately blew me away: families brought young children whose ears you would have considered too delicate for such lyrical obscenities, while at the other end of the spectrum, middle aged men were just as excited about seeing the Big Boss Dogg as the throngs of youngsters who packed out the arena. It just goes to show that music really is a universal instrument and any apprehension that lil' ole me may have felt out of place instantly dissolved.

BBC Radio 1Xtra's mix master DJ MistaJam was a great bridge between support artists, blasting out all manner of urban beats, trill sound effects and over-eager call-outs to “Team UK” as the evening's MC. He certainly kept interest levels elevated in a way that playing songs over the sound system commonly fails to do, even if he did somewhat outstay his welcome as the time crept towards 10pm and Snoop had still to take to the stage.

Re-e-winding back for the moment, and the first of the two support slots went to unsigned group The Airplane Boys, hand-picked by Snoop himself if their between song boasts were to be believed. The Canadian duo sang along to a blistering collection of backing tracks, even if their profuse use of bad language often felt contrived and incompatible with the amiable music. At one point, their inflated self belief lead them to stop a track halfway through in order to critique the “cultured London audience” for not being more into their “alternative sound”. If it was part of the act I certainly didn't get the joke...

Following some more spins from MistaJam, 20 year old Brit rapper Chipmunk was granted a half hour slot from 8.30-9pm as the head support act. I'm not that au fait with his music, but I recognised a couple of his hit singles from the radio and was happy enough to see a rather big name in modern UK music on the bill. The highlight of his performance for me, however, was a cover of Dizzee Rascal's “Fix Up” which was an unexpected treat. 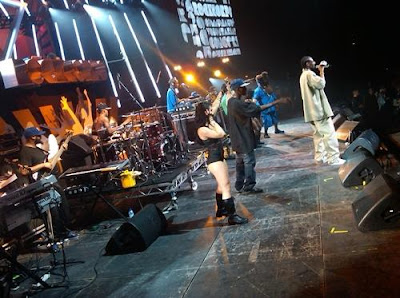 MistaJam then had the unenviable task of keeping the audience content for the best part of the next hour, which was twice as long a wait as there *should* have been for the headline act. An awkward “hands up if you smoke (and I don't mean cigarettes)” chant went on waaaay too long, while the DJ vacated the stage some ten minutes before Mr D-O-double G walked on (had he run out of vinyls?!), leaving us with a string of reggae numbers before the lights finally went down and a video introduction backed by some epic classical orchestration heralded the Doggfather's entrance at five-to-ten.

After eleven hit albums and an ever-growing number of contemporary collaborations and guest appearances over nearly twenty years in the music industry (is there anyone he hasn't collaborated with?!), Snoop certainly has an expansive array of colourful ditties to choose from, and while he was always going to miss out a few fan favourites ("Snoop's Upside Ya Head"), he certainly tried to cram a lot in by whizzing through a number of snippets and edits which often left you desperate to hear more of your favourite songs (“The Next Episode”, “Drop It Like It's Hot”).

Accompanied by three scantily clad backing dancers, a pair of assistant rappers and a man in an oversized dog head, the stage often had a rather unordered feel to it as the divergent quarters often just walked randomly around one another with no real co-ordination. Once or twice Snoop lowered his microphone and headed to the rear of the stage to chat with the DJ with his back to the crowd! Nevertheless, the party atmosphere was upheld throughout and the audience went wild for the writer/performer/producer extraordinaire: the songs were so infectious that jumping to your feet and dancing along was often impossible to resist, even for me!

With so many of his best known songs featuring a menagerie of other genre greats, anticipation was high that we'd be treated to one or two special guests. This wasn't to be and any joint efforts (such as “I Wanna Love You” with Akon and “Beautiful” featuring Pharrell) were realised by playing the vocalists track over the music. While I would have rather had the vocals sung live, it was by no means a problem as the man himself was more than capable of filling the stage himself, and the songs wouldn't have sounded the same covered by a backing singer.

A tribute to his recently deceased cousin Nate Dogg was a respectful and reflective touch, while the inclusion of the David Guetta produced “Wet”/“Sweat” was a forgone conclusion even if the club vibe and impressive red and white light display did make it stand out from the pack. Speaking of lights, lighting up on stage nearly made me choke on my Toffee Crisp Popcorn, lending the gig a pantomime edge (he's clearly more than happy to promote his favourite “leisure activity”) while a brief cover of House of Pain's “Jump Around” vied with “Snoop Dogg (What's My Name Pt.2)” for the largest cheer of the night. 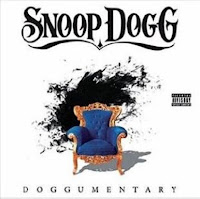 With the crowd eating out of the palm of his bejewelled hand, Snoop's continued hollering of “Are you having a good time?” did begin to grate slightly; how can a man this insanely popular require so much reassurance? After a pithy one hour, the gig came to a premature close with a modified chant of The Beatles' “Hey Jude”, an oddly mellow way to end an otherwise raucous night, especially as no encore was forthcoming.

* Live photo taken from the opening night of the tour in Liverpool on 6/10/11; it is not my property and simply used to illustrate my review. No offence or violation intended.
Created by ~ CR@B Howard ~ at 05:33