Rooming with the Enemy 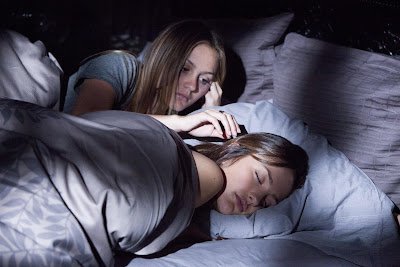 Quite possibly the most devastating "advertisement" for sufferers of schizophrenia and bi-polar disorder ever, this teen-flavoured psychological drama plays out like an unofficial remake of Single White Female – and about a gazillion other similarly themed obsession-turns-sinister thrillers from the last two decades.

Moving away from home for the first time and starting a new independent life at University is a daunting enough time as it is – but in some dormitories you have to room share, which means living within the same four walls as a complete stranger. That option would always receive a resounding “hellz no!” from me, but The Roommate explores the potential danger that if you did find yourself cozying up with a fellow student, you *could* be living with a unhinged psychopath.

Not that fashion student Sara Matthews (Kelly) is at all aware of this possibility: her new roomie Rebecca Evans (Gossip Girl’s Meester) appears to be a very amiable, sweet-natured and all-round decent teenager; a little quiet, perhaps, but passionate about her pursuits; a touch needy, possibly, but loyal and well-meaning… at least ostensibly. 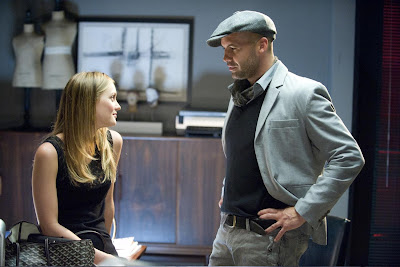 But all too quickly Rebecca’s idea of friendship snowballs into fixation and she veers from over-protective to darn right claustrophobic. Rebecca’s idea of sorting out her roommate’s problems without asking takes on a sinister edge as she assaults friends (Easy A’s Michalka), tutors (Titanic's Zane) and former flames (The Clone Wars’ Lanter) under the deluded impression she is doing Sara a favour by ridding her of those who are “unworthy”, all the time appearing as congenial as ever to her new – and only – BFF.

Predictably, Sara eventually wises up to Rebecca’s medically-induced issues (she hasn’t been taking her medication and her parents are too scared of her outbursts to do anything about it) and she decides to move out and stay with her new drummer boyfriend (The Experiment's Gigandet) – a decision the jaunted Rebecca doesn’t take too kindly to, taking her vindictive frustrations out on the those closest to the friend who “betrayed” her…

Despite being absolutely mauled by critics everywhere, I was suitably enticed by the unrelenting tension on screen, and actually preferred The Roommate to Hammer’s recent “frienemy” chiller The Resident (reviewed HERE). Trust me, Christian E. Christiansen's haunting teen nerve-shredder isn't *that* bad and I don't understand the unanimous disdain: I am the opposition! 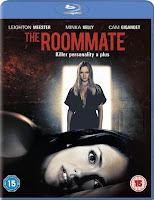 Meester does a great job of bandying between innocent and ominous and I found myself jumping on a couple of occasions simply by her sudden appearance on screen. The one flaw I did find was that Rebecca’s attachment to Sara didn't accumulate over time but was instantaneous – she didn’t become infatuated because of Sara’s model personality, she already was obsessed from the moment the new roommates first met (therefore whoever it was who ended up sharing that room would have been in trouble), and this left the film with a very monotonous, one-dimensional pitch.


In a CR@B Shell: I'm not sure I’m all that comfortable with The Roommate's idea that the fanatical menace was simply medically unstable, particularly not given the way they "cure" her condition, neverthless, this is an effectively disturbing if none-too-original cautionary tale for Generation 90210 about not trusting those who appear too good-natured to be true.
aaaaa
Created by ~ CR@B Howard ~ at 08:36