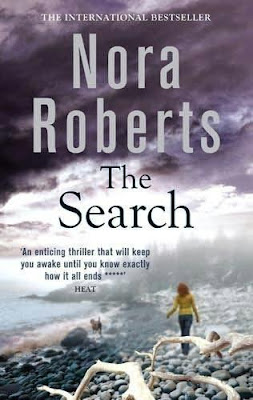 [SPOILERS] I envy Nora Roberts. That may seem like a peculiar claim – she's over twice my age, of the opposite sex (obviously) and lives half the world away – but let me explain: Whilst some of us creative writers hope and dream that one day we will be able to call ourselves published authors, this prolific American romance/thriller novelist has just chalked up success story #209 (yes, that’s two hundred and nine published novels to date!!) – and she only started writing because she was bored and housebound with her two children in a blizzard! Where does the unstoppable 61 year old keep finding the inspiration?!

Published in hardback last summer and now seeing a UK paperback release, The Search is a chunky 500+ page read. The effusive and intricate knowledge of dog training and Search and Rescue units which weigh down this story of murder, survival, sex and romance give the impression that it’s a heavily researched work which demanded the author’s complete attention for a considerable period of time. While undoubtedly it did, at least for a spell, it’s astonishing to learn that it was one of five novels Roberts published in 2010 alone.

Mixing genres so to avoid categorisation, The Search is best described as a steamy suspense thriller about passion and dedication. The protagonist, 29 year old dog trainer Fiona Bristow, is a courageous strong-minded gal who lives alone in a remote woodland home on the close-knit Orcas Island. She would like a man but doesn’t *need* one as her days are already filled with her three best friends – her dogs. But then charming-but-direct carpenter Simon Doyle and his boisterous pup Jaws move to the area and approach Fiona about obedience lessons, reawakening in "Fee" a feeling she hasn’t felt for many years…

Okay, so the romance plot is achingly predictable: Fiona’s not Simon’s usual type (and he’s not shy about letting her know it) and Simon’s far ruder than any man Fiona’s ever met, but they click, and his bluntness actually turns her on (even she doesn’t know why). From the minute his car drives over her bridge and into her driveway you know they’re going to end up together, but their characterisation is so deeply explored and every emotion contemplated that they still feel like fully rounded individuals, even if they are living out a fairytale cliché.

Roberts clearly enjoys spending time with her characters as the story proper is barely even mentioned until over 70 pages in! The mass of information and attention to detail can be a bit of a drag, particularly if you’re not much of a dog lover, but persevere with The Search and you’ll be rewarded with a book you won’t want to put down. Perhaps a more severe edit would have reduced the conversational waffle, cut out some of the less influential background bods and stripped the story into a pacier 300 pages, but these aren’t people you mind spending time with or learning more about.

The real thrust of the novel comes after the revelation that eight years previous, Fiona was the sole survivor of a brutal serial killer who targeted athletic college girls, drugging them and binding their limbs with a red scarf before forcing them to watch him dig their graves. Maybe "fairytale" wasn't the best choice of words? For Fiona’s escape came at a tragic cost: the “Red Scarf Killer” instead went after her fiancé in vile retribution and Fiona’s life descended into misery. This, we are eventually told, is the reason she relocated to the rural tranquillity of Orcas Island and dedicated her life (and her beloved dogs’) to rescuing others by setting up a.

When the FBI inform Fiona that a copycat killer has started picking off victims in other ever-closer states, the forcefully protective Simon and her closest friends are determined to keep Fee safe – and sane – despite her reassurances that she won’t allow somebody to destroy her life for a second time - but what if the press-dubbed “RSK II” is out to finish the job the now incarcerated first maniac started…?

The disturbing criminal elements initially intersect the more dominant blossoming romance plot at rare, brief intervals before the chase intensifies and the victim’s pile up with increased haste. It must be noted that this is not a mystery novel. We are introduced to the names and identities of both the original and the "apprentice" killer as soon as they are (eventually) introduced; unravelling a cloaked truth is not what keeps you gripped, but the hope that the protatoginist doesn't fall foul of this deranged madman. As the climax nears and the plot arrows towards its crescendo, Fiona and Simon are already established as a strong and secure item and they are ready to take down the threat to their happiness together. Awwwwh.

I was really impressed with the book's opening chapter, detailing the disappearance of a local toddler missing in the woods. Assumption led me to presume that this was the start of the titular search which would act as a backdrop throughout the entire story, but Fiona’s Search and Rescue unit quickly sniff out their adolescent target and the family live happily ever after; case closed. It was nothing more than a self-contained introduction to our heroine's proficiency (and a forewarning that this was to be a dense and protracted read) which you rarely see in more strictly focused stories. 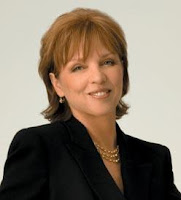 The more prudish should beware a bountiful use of adult language (particularly from straight talker Simon) and a number of gushing, long-winded sex scenes; all of which paint a very intense picture without resorting to crude or outright pornographic imagery. The novel is not without its flaws, but if can chuckle your way through heat-of-the-moment table sex then you’ll find The Search to be a surprisingly enthralling if lengthy stand-alone read.


In a CR@B Shell: Wordy and wandering without being repellent, The Search is an enjoyably efficient romantic thriller which paints an intricate and absorbing picture of well-formed characters making the most of an unenviable scenario. After 200 bestselling stories (and still going strong), please Ms. Roberts: let me know your secret!
aaaaa
Created by ~ CR@B Howard ~ at 09:47