The Tension and the Smart 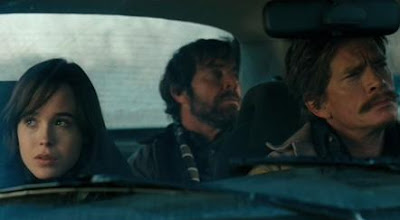 Sometimes the smartest people have the most to learn

So reads the tagline to this quirky indie comedy drama from the producer of quirky indie comedy drama Sideways (2004), and such a seemingly paradoxical statement has never been more accurate than when you are first introduced to the lead protagonists in Noam Murro’s debut feature film, Smart People: Lawrence Wetherhold (Dennis Quaid) is an arrogant and apathetic English literature professor who has lived with his haughty, smart alec loner of a daughter, Vanessa (Ellen Page), since his wife died some years ago and his suppressed son, James (Ashton Holmes), moved away to college to spread his wings.

Lawrence ’s adopted brother, Chuck (Thomas Haden Church), is an indolent, unemployed free-loader who nevertheless never lets his dire situation get him down. Against Lawrence ’s wishes, Chuck ends up moving in to chez Wetherhold at the same time that the miserly college proff starts dating Janet Hartigan (Sarah Jessica Parker), a former student who treats Lawrence at the hospital after a minor accident. That is pretty much it in the way of plot, but Mark Jude Poirier’s witty script energizes the eccentric characters with sharp dialogue and zinging banter as this small scale character piece unfolds: Will Lawrence ever be able to love again? Will Vanessa ever learn to ‘chillax’ like a 17-year-old should? And will Chuck ever be able to stand on his own two feet? Oh, the angst!

It is a testament to the quality of the actors involved that you warm to these wholly unlikeable characters. Page and Haden Church are particularly engaging; spunky, acid-tongued Vanessa and her zany party animal of an (adopted) uncle’s polar personalities spark and clash in surprisingly unexpected, unconventional and unexceptable ways. Perhaps the key to the film’s success is that, underneath all the barbed comments and unsociable attitudes, these are recognisable people and their relationships are astutely observed. We could all learn a thing or two from Smart People.


CR@B Verdict: Bear with these pretentious brain boxes and they’ll win you over as they learn their most valuable lessons outside a classroom. With lesser performances this skeletal film could have fallen flat, but the repartee between the ensemble cast make Smart People a smart choice.
aaaaa
Created by ~ CR@B Howard ~ at 11:48