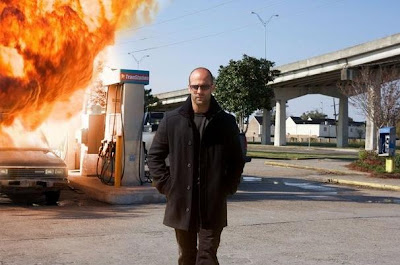 [SPOILERS] A conventional and unspectacular remake of a 70s action-thriller from the Death Wish duo of Charles Bronson and director Michael “Calm down, dear” Winner, The Mechanic 2011 is exactly what you expect from a film headlined by the star of The Transporter; its taut runtime exploding with a salvo of hit men, guns, cars, babes, fist fights and stunts – played out by a bunch of cold-hearted thugs who would sooner strike you than strike up a conversion.

Statham plays the eponymous Arthur Bishop, for whom connivance and compassion are foreign concepts. He’s an elite gun-for-hire who “fixes” his clients’ problems by making wanted men’s deaths look like accidents. However, the assassin starts to develop a conscience when his next target is his mentor and only friend, Harry McKenna (Sutherland), whose wayward son Steve (Foster) Arthur decides to take under his wing and teach the tricks of his undercover trade. 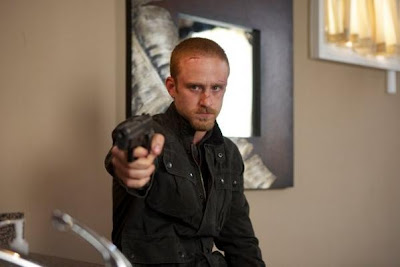 Foster – who very much reminded me of Ryan Half Nelson Gosling – does a convincing turn as the hot-headed and impulsive waster for whom Arthur has a remarkable amount of patience. Arthur is tied by a sense of duty to his deceased comrade (which, of course, contradicts the fact it was him who pulled the trigger), but Steve really pushes his luck with his mutinous antics in lethal scenarios. You really do wonder why a pro of Arthur’s calibre would risk his reputation by leaving his assignments in the hands of an undependable student.

Considering the clean and delicate nature of their shady business (most of which involves being an invisible-but-deadly presence), the climactic manhunt for the Mechanic’s corrupt Agency chief Dean (Goldwyn) is a surprisingly ostentatious carnival of violence and destruction – on the streets of New Orleans in the middle of the day! Clearly all composure and cunning fly out the window (and abseil down a skyscraper) when you discover your boss is a dangerous double-crossing deviant. Dishonesty? In their line of work? Who would have thunk it?!

But any hope that working together to eliminate a common target would unify our pair of trigger-happy protagonists is but a pipe dream in the viewer’s imagination, as Steve learns the truth about Arthur’s role in his father’s murder and sets out to avenge his death. Three explosions but zero character development (in fact, if anything, Arthur regresses to a new immoral low) see this run-of-the-mill thriller go out with a visual bang – but a severe lack of substance means the adrenaline soon fades, alongside any memory of The Mechanic.


In a CR@B Shell: Playing a minor variation on his renowned underworld delivery driver, Statham was a predictable choice for the lead – and this is The Mechanic’s biggest glitch: it’s too content playing to type that it fails to evolve or astonish. Simon West’s remake is loud, watchable but ultimately forgettable post-pub pap.
aaaaa
Created by ~ CR@B Howard ~ at 13:40