Live from the Tainted Junction 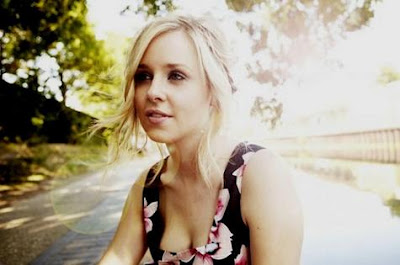 Let’s be honest: the Junction is neither a spacey nor refined venue. It’s adequately sufficient, in a low-key, shadowy, student-friendly kind of way, but it’s no Royal Albert Hall. Hell, it’s no Norwich Arts Centre, but when the lights are down, the drinks are flowing and the amps are cranked up to 11, nobody will complain about the puddle of WKD beneath their feet. Especially not Diana Vickers, who positively beamed as if on top of the world as she stepped out onto the Cambridge stage wearing a funky mosaic dress at just after 9pm last night. I guess that’s what achieving a number one single and album in the last few weeks can do to somebody’s confidence - not that the 18 year-old songstress was ever lacking in that.

Opening with the ballsy forthcoming second single, “The Boy Who Murdered Love”, and closing with the crowd-pleasing, number one debut “Once” (what else?), before returning to the stage to round out the night with a more mellow encore in the shape of ballad “Notice”, Miss Vickers was on stunning form throughout the far-too-short set (a meagre 55 minutes). But it was unquestionably a case of quality over quantity as the setlist was not cluttered with “Remember when I sang this on week six of the X Factor?!” filler, but powered by the strongest tracks from her brilliant debut album Songs From the Tainted Cherry Tree, which Diana clearly had a blast showcasing to the up-for-it attendees. Her pride in her material is evident, and every track was another of her favourites for one reason or another.

* An animated performance of up-tempo “You’ll Never Get To Heaven” with much dancing, posing and thrusting; quite befitting the vivacious number. Yet not once did Diana’s powerful vocals waver – where did she get the energy from? And what was in her water...?

* The Gary Lightbody penned “Just Say Yes”, replete with amusing anecdote about how the Snow Patrol front man asked for ‘his’ song back. Diana got so lost in the music that she apparently knocked over her red wine!!

* Tommy the Trumpet’s appearance for latina-flavoured “My Hip”. Diana pre-warned us that ‘he’ hadn’t been too smooth in rehearsal earlier in the day, but the brass horn pulled through when it counted. Quite how Diana could muster the breath to play the instrument that far into her set is beyond me. Bravo.

* Cherry Tree is a rousing and full-bodied album which has clearly clicked with the public, and nothing screams success like an audience signalling number "1" throughout "Once" and swaying collectively during "Notice". "I wanna see those fingers in the air!"


CR@B Verdict: As her career continues to blossom, the venues will get larger and the setlists longer, but this was a powerful if lean performance from a talented, enthusiastic and energetic young lady. What a voice. What a dress. What a night.
*****
Created by ~ CR@B Howard ~ at 12:32

Email ThisBlogThis!Share to TwitterShare to FacebookShare to Pinterest
Labels: cambridge, diana vickers, live, music, once, review, songs from the tainted cherrytree, the junction, the x factor