The Jig-Saw is Up 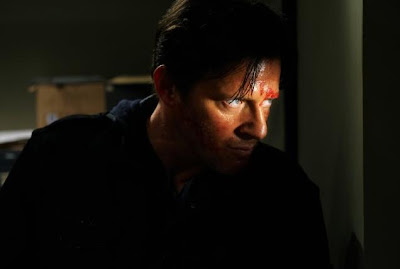 [SPOILERS] Seven years and seven films after The Jigsaw Killer first shackled Lawrence Gordon (Cary Elwes) to a *cough* cadaver in an abandoned bathroom and asked if he wanted to play a game, one of the most successful horror franchises of all time crawls to a long overdue close in Saw – The Final Chapter (aka Saw 3D if you saw it in cinemas; or Saw VII, if you’re keeping count).

Unlike other blatantly cheap cash-in sequels (The Butterfly Effect 2 and Revelations, for instance), I was always impressed by how the Saw series – despite being rush released on consecutive Halloweens – didn’t simply recycle cut-price clones of the original but kept feeding back into the enigmatic story of serial killer with a difference, Jonathan Kramer (Tobin Bell’s “Jigsaw”). Of course every follow up did offer another set of evermore sadistically inventive death traps, but a clever use of flashbacks and slick twists kept the interest factor high. What else would we discover about Jigsaw this time around? 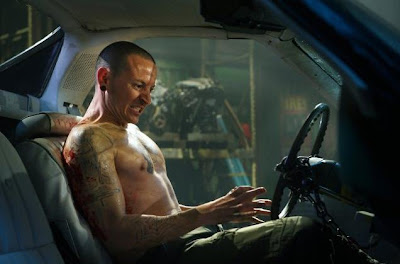 Unfortunately, fatigue did begin to set in, somewhere around Saw IV or V, not aided by the premature decision to kill off the iconic trap-setter in III but keep his legacy alive through surrogate lunatics – such as his apprentice, Detective Hoffman (Costas Mandylor) – thus relying upon a deluge of newly recorded “flashbacks” to keep Bell in the picture. You could say they were squeezing blood from a stone-Saw *boom tish*.

Genre hounds and gore fans will still find plenty of grotesque set-pieces to marvel at (while their other halves hide behind their hands), but an over-reliance on cut-aways to the past does give The Final Chapter’s narrative a rather rough, staccato feel – it’ll take you a while to work out where, when and who you are watching before you can settle into a scene, only for another chronological jump to leave you none the wiser! Writer’s Melton and Dunstan have clearly put a lot of effort into the timeline, but Saw is popular for the torture porn and in my opinion they’ve over thought it.

Kudos, however, for the ruthless indictment of fame hungry wannabes, as Jigsaw survivor turned self help guru Bobby Dagen’s (Sean Patrick Flanery) tales of courage are put to the test in a hazardously renovated insane asylum, but main stars Bell and Elwes – the latter returning to the saga for only the second time – are criminally wasted, while any “shocking” revelations are minimal, making this final piece of the Jigsaw puzzle a rather muted and anti-climatic sensation.


In a CR@B Shell: Jigsaw can finally rest in piece (!!) as this increasingly rusty saga finally slams shut. The traps are as brutally creative as ever, but a fragmented, overly complicated narrative saps the sadistic fun out of the thrills. Game over.
aaaaa
Created by ~ CR@B Howard ~ at 16:07