Day of the Woman 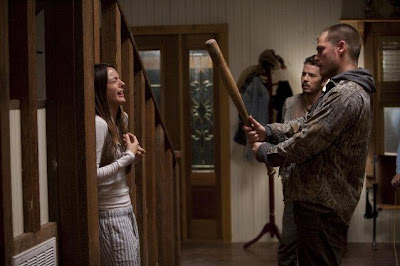 My mother has always been outspoken in her abhorrence of any film which derives entertainment from real life misery. Well known examples include Titanic, United 93 and pretty much any war film ever made. While I Spit On Your Grave may not be based upon an actual documented case, anyone with taste will be hard-pressed not to be repulsed by its all-too-horrifically-plausible set up. Is it really entertaining to watch a girl get brutally raped by a gang of lowlife degenerates, then set about exacting ghastly revenge on her attackers?

Needless to say my mother isn't even aware I watched this recent remake of the highly controversial (and for many years banned) 1978 Meir Zarchi torture flick. It definitely isn't for family viewing, the easily upset or quickly offended. Although in its defence, anyone who does decide to watch a film titled I Spit On Your Grave knows all too well what they are letting themselves in for and can hardly bemoan that it isn't The Last Unicorn. 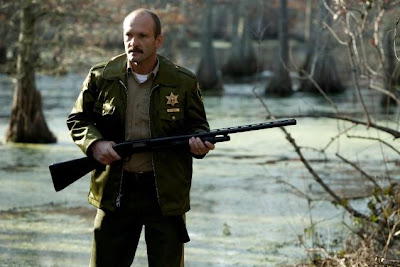 From a technical standpoint it is hard to knock the film – it doesn't look as cheap as you might expect, the downcast colour palette compliments the tone ideally, and the actors do a disturbingly authentic job – but proficient editing is hardly what this film is going to be remembered for. While Meir Zarchi's prototype was all the more hard-hitting for its stark originality, this 2010 remake arrives in a morally-jaded society where it must battle for rental store shelf space alongside a raft of copycat offenders: Deliverance, The Hills Have Eyes, Taken, The Last House on the Left are but four examples, and two of those have likewise had 21st century reboots!

Is I Spit On Your Grave guilty of “making light” of its subject matter? Not at all – this is in no way a glamorous production. Is it guilty of crossing a moral boundary in its desperate attempt to be ever-more extreme? Well, that's a different story, and one up for debate, particularly when you add into the controversy-touting mix a sinisterly corrupt Sherriff (Howard) and a mentally challenged gang member (Lindberg) who is bullied into taking part in the crime…

Putting aside all that “two wrongs don't make a right” malarkey – which doesn't quite stand true when you want to see these scumbags suffer – it's still hard to believe that victim Jennifer Hills (Butler) is *quite* up to executing the poetic justice she serves. Her karmic torture devices bring to mind Jigsaw's impossible contraptions in Saw and the vigilante vengeance witnessed in Law Abiding Citizen; they're too clever for a psychologically scarred person lying low in the forest to carry out and that jars because it breaks the believability of the stomach-churning extended rape ordeal.


In a CR@B Shell: With a relentless tone which never dips below tense, I Spit On Your Grave is a sadist, disgusting and vicious exercise in taking the law into your own hands. You'll wince, you'll look away, you'll curl your hands into fists in futile anguish, and you'll never rent a cabin in the woods on your own ever again.
aaaaa
Created by ~ CR@B Howard ~ at 11:33