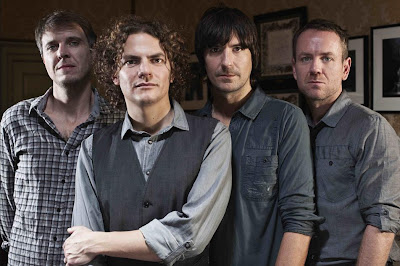 For seven years I rued missing out on seeing the lads from Eastbourne perform at UEA on their Magic Hotel tour in 2002. Alas, it was the release of their accompanying sophomore album – which I personally adored (and still do) – which saw them dropped from their record label and fade into obscurity. But as the lads themselves advocate, “Just Hold On”, and after a lengthy hiatus, Toploader are back, with brand new single “Never Stop Wondering” released on Monday, and a short promotional tour of the UK to boot.

For a band who in their heyday were the last band to grace the stage at the original Wembley Stadium, a venue as small and frankly dingy as Monto Water Rats in Kings Cross must feel like something of a comedown, but the “Dancing in the Moonlight” hit makers will have to work their way up again, and sometimes intimate venues can work better than cavernous arenas – the band can interact with their followers and feed off our energy as we thrive off their vibes.

For just a tenner a ticket, the four-strong line-up was remarkable value for money, with the opening act – who we unfortunately missed – starting just after the doors opened at 7pm. Next on the bill was The Mars Patrol, who impressed with strong melodies from the female singer which reminded me of many an '80s power ballad. At 8.45pm classical strings fused with a rockier bass as The Fanclub graced the small stage. If I’m honest I wasn't impressed, but they certainly had strong support from the crowd.

At just after quarter to ten, some fifteen minutes later than billed, the headline act began their powerhouse set. The volume had clearly been raised – a marked improvement over the timbres of the support bands – which only added to the grandeur of their output. It was quite a statement: Toploader were back, and hopefully this time around they'll stick around for longer than they did at the tail end of the last millennium. 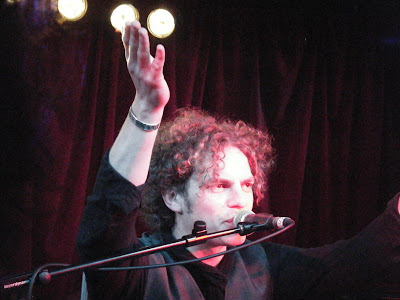 It’s never easy to do a live show which road tests new material, as the audience find it harder to lose themselves in music they have never heard before, but the Water Rats throng did a great job when presented with a plethora of previews from forthcoming third album Only Human (to be released in May). As it was, the fan-favourites were inserted into the setlist as “treats” amidst the exclusive new stuff, with “Let the People Know”, “Achilles Heel” and – naturally – “Dancing In The Moonlight” from debut album Onka’s Big Moka getting the most vociferous reactions.

“Never Stop Wondering” was the second track played, with surprisingly little fanfare given to the fact it was single release day, while the band’s biggest hit – which front man Joe Washbourn compared to a “boomerang” which keeps coming back no matter how much they try to distance themselves from it – was presented seventh. I’m sure many, myself included, expected it to be the encore, but that spot was reserved for my personal favourite “Time Of My Life”, the lead single from Magic Hotel. The rousing indie summer number went down an absolute storm, and I couldn’t stop smiling after thinking it was going to be ignored. The band did a great job of extending their songs into crowd-pleasing sing- and clap-along showpieces, which further added to the intimate atmosphere.

Without a setlist breakdown I’m hard pressed to recall vivid details of the fresh material, but needless to say it all sounded great live. The majority of the new tracks – such as single B-side “Shifting Sands” – sound more akin to the melancholic brooding of “Achilles Heel”, but there were a couple of jaunting anthems in the mix, too. Bring on May! 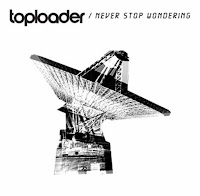 Despite fifth member Julian Deane dropping out prior to reuniting, the revived four piece of Washbourne, guitarist Dan Hipgrave, drummer Rob Greene and bassist Matt Knight sound as fired-up as ever, despite their time away, with Washbourne losing none of his leading man charisma (or trademark wild hair!). The pitiful and full-to-bursting location didn’t do them justice, but I’m so glad they’re back doing what they love, and look forward to many more albums and gigs in far grander venues over the coming years.


In a CR@B Shell: Toploader have made a powerful return to touring which got everyone at Water Rats dancing in the stage light, but if the gig had one Achilles heel, it was the diminutive venue’s distinct lack of space given the thriving crowd of nostalgic followers.
aaaaa
Created by ~ CR@B Howard ~ at 11:28