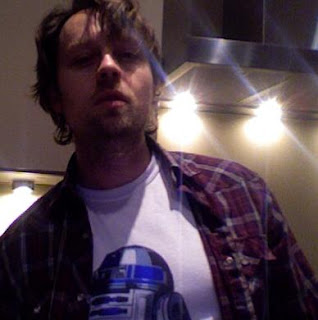 1. EGO: Decked out in a bejewelled biker's jacket (but minus the MJ "homage" glove - pictured below - at his husband Richard's suggestion) and sitting - A.C. Slater-stylee - backwards on a wooden chair, Darren took to the cramped Club Colosseum stage with a minimal and instrospective song buried at the tail-end of 2004's critically-acclaimed-but-pubically-ignored (shame on you!) The Tension And The Spark. Bravely brought to the forefront as the opening number, "Ego" lured the audience in and allowed Darren to connect with us on a personal level before building to the "bang" which followed. What an opening statement!

2. TEARS OF PEARLS: Giving an early Savage Garden album track a live tweak by incorporating the music from 1985's "Vienna Calling" by Falco (who dat?!), this was a brilliant uptempo party song and the perfect antithesis to "Ego"s melancholic pondering.
3. STRANGE RELATIONSHIP: The first of a shocking FOUR tracks from Darren's 2002 solo debut Spin; publically known as his least favourite album from his back catalogue (despite containing 2 of his biggest-selling and best-known solo singles, of which this is one). "SR" was a popular choice for getting the crowd singing along (as if we needed any encouragement!)
4. CASEY: Not only Darren's personal favourite of all his solo songs, but clearly a crowd-favourtie too, this crescendo-ing epic from 2007's This Delicate Thing We've Made had the NYE audience singing, cheering and jumping along as the electro-beat hit in.
5. I MISS YOU: Back to Spin for a really unexpected choice; Darren stopped singing "IMY" after 30 seconds on the DVD-captured 2006 Big Night In gig because he wanted to sing something "better". Three years - and a reappraisal - later and Darren hits us with a live rendition of the (unreleased) "Dallas Austin Mix". I was so caught up with the lyrics that I didn't even realise it wasn't the album arrangement - oops!! 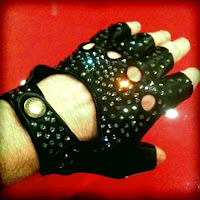 6. BREAK ME, SHAKE ME: Darren played (gloveless) homage to his - and my - idol by singing this 1998 Savage Garden track to the music of... "BILLIE JEAN"!! When the bassline started, I couldn't believe my ears! I have always loved Darren's "Bow Down and Break Me" live arrangement (which sounds a lil' Doctor Who-inspired and incorporates Nine Inch Nails' "Head Like A Hole") but this "Billie Jean Mix" is giving it a run for its money!

7. UNLOVABLE: One of Darren's most personal and heartfelt tracks (again from Tension), and one of wismanthree's favourites, "Unlovable" always manages to sound even more raw and emotional when sung live (if that's possible), with the electronic tones echoing hauntingly in the background. A-mazing.

8. CRASH AND BURN: Another popular choice, this uplifting SG song from Affirmation (1999) is always a great live choice and bonding experience.