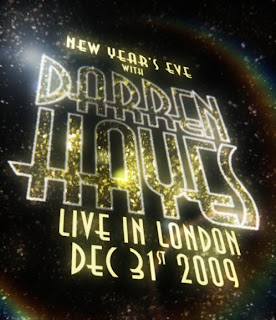 Savage Garden seemed to pass me by in the late nineties and early noughties, and it wasn't until after they had disbanded and frontman Darren Hayes had released his 2002 debut solo release Spin, that I became a fan. After the legend that is Mr. Michael Joseph Jackson, it is fair - and totally accurate - to say that Darren Stanley Hayes is my second favourite singer-songwriter EVER (and I'm sure he would be honoured to come second to his idol). In the seven years I have followed and supported his career - through major changes in musical direction, personal discovery and artistic partnerships - I have seen him perform live six times as his artisty, creativity and stage persona has grown exponentially. Having missed out on his first NYE show in 2007, I was determined to make it to this one (even if tickets were £99 a head), especially as it marked his first live performance in nearly 2 years!
Accompanied by my best mate and fellow blogger wisemanthree, we set off for Vauxhall's Club Colosseum in our finest funky threads. It was a bit of a marathon (we set off at 2.30pm and didn't get home until nearly 5am New Years morning), but boy was it worth it. And not just because the first support act, the gorgeous Miss Polly Rae, stripped to a G-string and nipple tassels in her burlesque set! 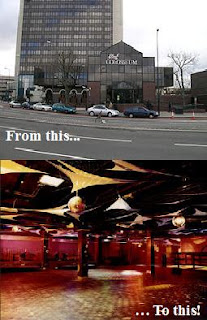 The venue, despite seeming somewhat inconspicuous on the outside, was a glamourous, spacious and modern affair (the VIP sofa's looked like they were inspired by Picasso!!) with a fantastic view of the Thames and London Eye (it looked like something out of Secret Diary of A Call Girl - without the sex workers, obviously - as wisemanthree pointed out). After the (very pleasant) surprise of Miss Polly Rae, the second support act was comedienne Kandy Kane, who got the crowd singing along to a collection of parody pop songs, before Mr. Hayes made his bejewelled entrance at 10pm.