But What Does It All Mean, Lars? 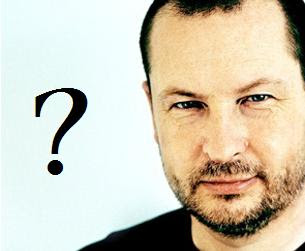 I really do not know what to make of Danish director/writer/auteur Lars von Trier. He is either a troubled genius exorcising his inner demons through stylised works of unconventional art, or a depraved nut stretching the limits of decency for controversy's sake. His latest celluloid curiosity, Antichrist, does little to swing my opinion. In fact it flames the fire of uncertainty higher than ever before. 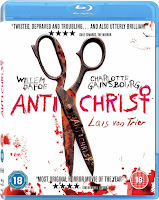 For the uninitiated, Antichrist in a paragraph-sized nutshell: Willem Dafoe and Charlotte Gainsbourg play a grieving couple dealing with the death of their young son. They retreat to a cabin in the woods of Eden to overcome their grief, but things take a dark and twisted turn for the horrific in this so-called paradise...

Featuring real – and seemingly unprotected* – sex between the stars (as well as a 'solo' performance by the clearly unashamed – or extremely well paid – Gainsbourg), graphic sexual violence, torture, genital mutilation (you'll be crossing your legs for hours after the credits roll, regardless of your gender), animal cruelty, and the aforementioned death of a toddler (the couple were too busy having sex to stop him falling out of a window), Antichrist is anything but a subtle portrayal of depression and mourning. To call it explicit is an understatement.

For actors as renowned as Gainsbourg and Dafoe to go to such lengths for their director, they must fully comprehend his ambiguous implications, and be impressed enough to bend to his every disturbing whim, but without re-watching the film with the director's commentary (that WON'T be happening; frankly, it shouldn't be necessary), I'm utterly clueless. Yes, all good films should leave you thinking, but not lost, confused and uneasy. All I'm left with after Antichrist is a desire to vomit and strip the DVD of its packaging and burn the naked disc on a giant log fire in the middle of the woods.

Blockbuster are gonna be pissed – it was a rental copy...