Sliders: The Next Generation 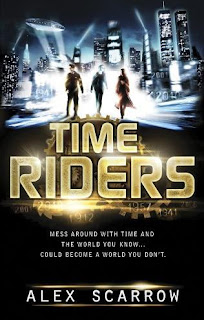 [SPOILERS] Three teenagers from three disparate periods of time – one from the past, one from the present day and one from the near-future – are plucked from their plains of existence in the moments before their untimely deaths and recruited by a shadow agency to become TimeRiders; “fixers” of broken history, if you will, who right the wrongs that less well-meaning time travellers from the future disrupt for their own avaricious and diabolical gain.

In this opening volume in a proposed nine novel arc from thriller writer (and Norwich resident) Alex Scarrow, Titanic deckhand Liam O’Connor, techno-nut Maddy Carter and fire victim Sal Vikram must adjust to their new raison d'être; before being thrown in at the deep-end pre-completion of their training when desirous physicist Paul Krammer travels back from the 206o's to dethrone Adolf Hitler and see Nazi Germany to victory over the Allied Forces who, in our correct time line (as you all should know) did win the war.

It is up to appointed “field agent” Liam – accompanied by an AI “meat robot” christened Bob (think Arnie in Terminator, only on the good guys' team) – to travel back to the source of the blip and erase Krammer's threat, or face living in a world which was never meant to be; a shell of a world brought to the very brink of destruction after the ripples of the butterfly effect see power – and paranoia – go to Herr Krammer's head; with catastrophic results...

For Scarrow to rely upon the Second World War for his first historical destination screamed to me of lazy cliché (much like the JFK assassination – which, surprise, surprise, the author exploits as well – it's been done to death), but my opinion mellowed when I considered that it was probably wise to ease his young adult readership into his newborn vision via a period today's teenagers would relate to having learnt so much about it at school. Whether it's tasteful to play around with such horrendous true events is another matter entirely. Which brings me conveniently onto my most major qualm with this work...

Living outside the realms of reality, the TimeRiders exist undisturbed in a continually resetting 48hour “time bubble” located in a disused warehouse in New York City on – wait for it – the 10th and 11th of September 2001. Yep, you read that correctly. Am I wrong to think that less than a decade on it's a mite insensitive to use 9/11 as a plot-point in a sci-fi fantasy? Scarrow's reasoning is that in this period of almighty tragedy for the modern world, everybody will be too otherwise concerned to notice three teens and their trainer wandering the streets looking for ripples in the fabric of space/time. But still... 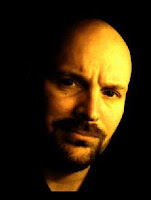 Questionable moral decision aside, TimeRiders is otherwise a fairly entertaining read (if not quite as “mindblowing” as the cover blurb promised). Scarrow may not rewrite the rules on time travel here, but he has clearly done his research, and he has fun with some quite horrific alternate visions of our world. The revised 2001 which Maddy, Sal and agency headhunter Foster find themselves trapped in following Krammer's “amendments” was a shockingly graphic apocalyptic nightmare, and Scarrow often doesn't hold back in his gory descriptions; clearly a beneficial hold-over from his adult thriller works.


In a CR@B Shell: With the entirety of history at his fingertips, Alex Scarrow's all-too predictable primary destination bordered on self-destructive, but it soon opened up a more exhilarating and engrossingly ghastly bag of worms for the sub-team of teen heroes – and knowing where (and when) book two takes them, I'm prepared to stick around for a another trip with the charismatic TimeRiders.
aaaaa