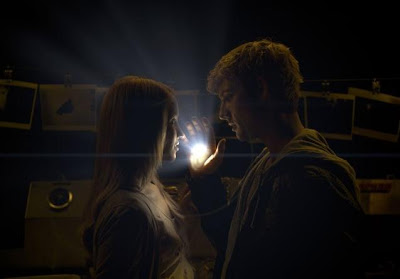 [SPOILERS] Some books are just too friggin' complicated for the big screen treatment. Michael Winterbottom and Steve Coogan poked irreverent fun at the subject with A Cock and Bull Story, their metafictional take on Laurence Sterne's 18th century novel Tristam Shandy, while the mammoth The Lord of the Rings: The Return of the King still required a gazillion endings and over 260minutes to wrap up J.R.R. Tolkein's concluding opus.

Pittacus Lore's 2010 young adult sci-fi fantasy novel – the first in a proposed six book series, no less – may not be in the same epic league as my above chosen examples, but it is extremely popular in today's heavily-diluted Y.A. market and the fight for the film rights ended in a bidding war for the must-have property. Having not read the source material (humorously promoted as "Twilight for boys"), there were times during director D.J. Disturbia Caruso's frenetic adap when I was seriously struggling to comprehend what the hell was going on!

Stormbreaker's Alex Pettyfer plays teen “John Smith”, an alien from the planet Lorian who, alongside eight other humanoid refugees, is in hiding on Earth from a gang of bounty hunting Mogadorians; the hideous tattooed extra terrestrials who destroyed Lorian and are now slaying the nine who escaped. In order. Maybe I missed why there must be an order to the deaths, but there is. Three have already been murder. “John”, as the title implies, is Number Four. 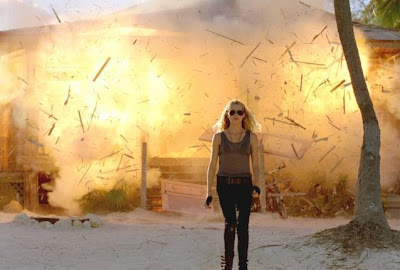 Accompanied by his tech-savvy guardian, Henri (The Crazies' Olyphant), “John” is forced to leave his Florida beach house and relocate to the sleepy Ohio town of Paradise, where he poses as a high school student and – despite Henri's instructions to stay lowkey and not attract any attention which may betray their location to the “Mogs” – “John” befriends gawky conspiracy theorist Sam (McAuliffe), falls in love with sweet-natured photographer Sarah (Argon) and fends off block-headed bully cliché Mark (Abel).

Meanwhile, a lizard morphs into a dog whom “John” adopts, Henri hides an alien relic in their grandfather clock, a mysterious blonde (Palmer) is on “John's” heels blowing everything up, the “Mogs” continue their hunt whilst shopping for enough food to feed the *something* they have contained in the back of a truck, oh, and “John” learns he has all manner of superpowers (known as “legacies”, because what we needed was more jargon) – such as extreme strength, agility and telekinesis – which he struggles to keep under wraps because light keeps shining from his hands.

The more sedate character-building scenes set at the school are amiable enough, mainly because Argon is cute, but the jock/bully subplot is as embarrassingly trite as Number Four using the timeworn pseudonym “John Smith”, while the way eager-beaver Sam is roped into the alien war is ridiculously complex and complicated (some tosh about his supposedly abducted father having worked out years ago that the Lorians had come to Earth). 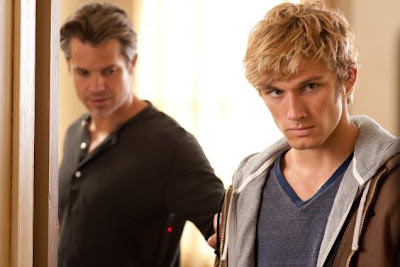 When the “Mogs” – a dreadful abbreviation to a stupid mouthful of a word – eventually do track down Henri and Number Four (via yet another complex and complicated method of hoodwinking some online conspiracy nuts into luring the good guys to their house), producer Michael Transformers Bay's influence is clear as the CGI fireworks are set off in spectacularly busy fashion. “John's” dog morphs into a giant furry beast who fights off the winged creature let loose from the “Mogs'” truck, while “John”, Sam, Sarah and Palmer's mystery blonde (who reveals herself as the vengeful Number Six) run around the school trying not to be captured.

It's all just a bit of a headache, really, with a cavalcade of ideas which probably worked fairly well when interwoven into a 440page novel crammed into a confusing hour and forty-five minutes. It also niggled me how late it was left before Number Six revealed herself and the dog showed its monstrous true form; there are only so many teasing cutaways I can take before I want the plot to progress. I'm sure their was a reason for everything, but a lot of the action just came off as senseless (the prologue, in particular was too dark to discern anything), while a number of plot holes (such as why the overprotective Henri didn't look for John when he didn't answer three of his phone calls) shone as brightly as “John's” hands.


In a CR@B Shell: I can't accuse it of being boring, but I just found too many faults with this hokey big screen blockbuster to be entertained by everything that was thrown our way. Bit of a shame, really, but if they ever put the sequel into production (money talks, after all) it may help to expand upon and smooth over I Am Number Four's disparaging plotholes.
aaaaa
Created by ~ CR@B Howard ~ at 08:29