[SPOILERS] I have been anticipating this film ever since it started production. The first trailer left me with goosebumps. This past fortnight I have been literally chimping at the bit for release day following a preparatory rewatch of all five of the original films in the franchise (Planet, Beneath, Escape, Conquest and Battle, click the links if you fancy checking out my saga review blitz) which has seen my impatience reach fever pitch and veer dangerously close to obsession.

After such personal hype, could remake/origin story Rise of the Planet of the Apes actually meet my ludicrously stratospheric expectations? After all, fans have been left disappointed by a twenty-first century reboot before, and in the grand scheme of things, Rupert Wyatt (best known for 2008's Brian Cox-starring The Escapist - yeah, me neither) is a comparative unknown for such a big project. Well, in the simplest terms possible: Yes, yes it could meet my expectations. In fact, I'd go so far as to say it surpassed them by some considerable distance. Welcome to the big league, Mr Wyatt.

Eschewing the already head-scratching and frequently-altered time travel set-up established in the earlier films (talking chimps Zira and Cornelius crash-landed on Earth in 1973 and by 1991 apes were being used as slaves before a game-changing revolt by offspring Caesar reduced New York to a radioactive wasteland), Rise sees present day neurologist Will Rodman (Franco) developing a cure to Alzheimer's by testing his experimental formulas on chimpanzee guinea pigs. Man messing with nature? Surely there's no harm in that...? 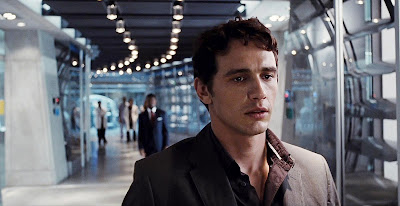 After a troublesome incident with test subject Bright Eyes, Will reluctantly saves her recently born son, christened Caesar (a motion-captured Serkis), from being put down. Smuggling him out of the lab, Caesar is raised at home alongside Will's Alzheimer-suffering father Charles (Lithgow). Over the course of the next eight years, Caesar – who has inherited his mother's genetically elevated level of intelligence, a beneficial acquirement gained from trial virus ALZ-112 – continues to advance above and beyond the capabilities of a "mere" primate.

But as Will's veterinarian girlfriend Caroline (Slumdog Millionaire's Pinto) warns, docile as Caesar may seem, chimps as a species are dangerous and unpredictable creatures who must be feared as much as loved. Advice worth heeding... Following a run-in with Will's dolt of a neighbour (Hewlett), Caesar is imprisoned in an ape sanctuary (read: borstal, replete with vindictive “warden” in the form of Tom “Draco Malfoy” Felton's assistant), where our favourite knuckle-dragger begins to lose his faith in mankind's benevolence, and – in a plot with strong correlations to Conquest before it – he is in the perfect location to rally his simian brethren to his cause. I smell a mutiny – or is that wet fur and faeces?

Smart, funny, intelligent, emotional, tense and eye-poppingly gorgeous (I could keep going with the superlatives), Rise is so much more than an air-headed CGI-crammed schlockbuster. Wyatt's film hits all the right buttons in a tonally perfect script aided by stunning WETA-crafted special effects which often make you forget you aren't watching real chimps. A scene in which a lonely and dejected Caesar scrapes a chalk replica of Will's attic window on the wall of his cell brought a genuine lump to my throat, while I couldn't suppress my glee at the pivotal turning point in his escape bid; you sympathise with him, you will him on in his fight against the injustices thrown his way, and – rather disconcertingly – you want him to bring humanity to its knees. I'm such a terrible human! 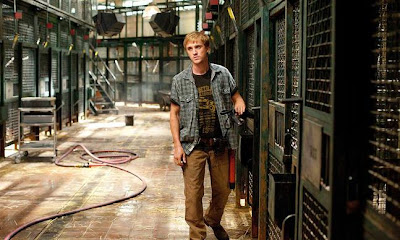 Speaking of humanity, Rise's homo sapien cast is capably adept, even if they are reduced to playing second fiddle to the simians stars: Franco doesn't over-state his staunch determination in the lead role, while Lithgow evokes compassion as his mental state deteriorates and Felton's Dodge Landon (his name a direct reference to Taylor's astronaut buddies from the original) riles you up as the generic bully of the piece. Pinto is the only superfluous role, Caroline scarcely effecting the plot beyond her “love interest” stereotype. But that's a negligible quibble in a film which scarcely put a paw out of place.

A multitude of callbacks, references and in-jokes are a nice touch for fans to smirk at knowingly (well, I did at any rate), from Caesar playing with a model of the Statue of Liberty, to numerous character names, dialogue riffs and allusions that the Icarus mission into Space (that which first takes Taylor to the planet of the apes in 1968) is blasting off simultaneous to the e

vents here. Sure it's all background padding, but such frills add depth and colour to this universe which expands my admiration for an already first rate motion picture experience.

A subplot involving Will's successive batch of the revolutionary serum, ALZ-113, and its disastrous after-effects to human health is expanded in a mid-credit tag which suggests we haven't seen the last of this perennial series which fails to be put down. I for one cannot wait to see what the future holds for our planet of the apes – provided Tim Burton keeps his paws off. Hail Caesar!


In a CR@B Shell: I couldn't have asked for a more rich, powerful and engrossing Rise for these damn quality apes; I'm going to have franchise withdrawal symptoms now that I've reached the end – maybe it's time to invest in the short-lived 70's TV series to placate my primate obsession!
aaaaa