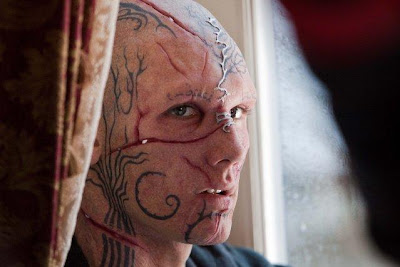 An adaptation of a retelling of an animation of a classic tale, or – to put it simply – Beauty and the Beast Y2K. Loosely based on Alex Fynn's 2007 novel of the same name, Daniel Barnz's Beastly retains the immortal “beauty isn't skin deep” message – and recurring rose motif – from its renowned fairytale inspiration, but trades enchanted castles for modern day NYC, a sing-song soundtrack for Lady GaGa choons, fur and fangs for tattoos and scars, and peppers the whole affair in excruciating faddish slang such as “hatchet-face”, “a-holien”, “lame core” and “wonk”. Needless to say, this version won't still be enamoured by millions in years to come. But look out for it in the bargain bin in a couple of months.

“People like people who look good. Everyone who disagrees is either dumb or ugly.”

That's Kyle Kingson's (I Am Number Four's Pettyfer) mantra. Spoiled, shallow, spiteful, vain and arrogant, he's nevertheless “king” of Buckston Academy High School and always gets his way. Because his dad (Six Feet Under's Krause) is a rich and famous news anchor and Kyle is easy on the eye - but not for long.... After being humiliated by the rude jerk for the last time, gothic witch and fellow student Kendra (Olsen) casts a spell on Kyle which makes him as ugly on the outside as he is within. To break the curse, the freaky new-look Kyle must get a girl to love the beauty in the beast within one year, or look like a monster for the rest of his life. 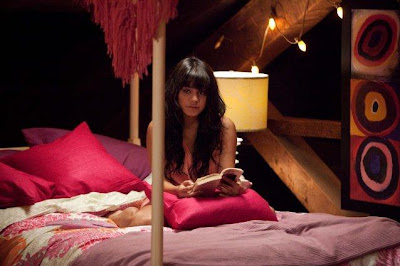 That's not exactly the easiest ask when you “look like a victim in a slasher flick” and your equally superficial dad (like father, like son) pulls you out of school (“Rehab”) and hides you away from the world in an out-of-town prison– sorry, apartment, with only an ever-loyal maid (Hamilton) and a blind tutor (How I Met Your Mother's Harris) for company. Lonely, ashamed and depressed, Kyle sets his sights on former classmate Lindy (Sucker Punch's Hudgens), but he can't face confronting her for fear his aberrant appearance will scare her away.

On a self-pitying late night stroll through the city (hood up, face down), Kyle comes to the rescue when Lindy's addict father (LaFortune) is confronted by his debt collecting dealers. Unable to stop the troubled man from shooting one of the drug peddlers, Kyle blackmails him into agreeing to let his daughter stay in Kyle's secret hideaway to keep her veiled from the vengeful dealer who got away. But, of course, Kyle has another reason for wanting Lindy to be close to him, even if she isn't initially too happy about being sold to a "stranger".

The blossoming romance between beauty and the beast is sweet enough, if a little rushed (the seasons fly by with only leaves falling from the trees as an indication that time is passing), but Hudgens is too attractive for the role of Lindy, whose literary alter-ego has red hair and crooked teeth but is, you've guessed it, beautiful on the inside. Truth be told, Hudgens, is far cuter than Kyle's fair-weather ice queen girlfriend (Johnson), which contradicts the film's message and makes you wonder why he ignored her for so long before his transformation. 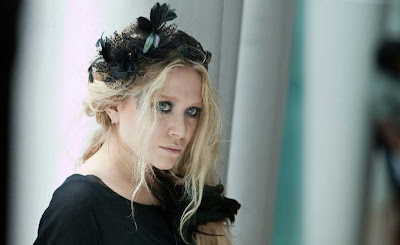 Deformed though he may be, Pettyfer isn't totally unrecognisable under his ink and prosthetics, yet we are meant to believe that even when Lindy sees “Hunter” (as Kyle takes to calling himself post-curse) she never questions his resemblance to the popular hunk from school who, coincidentally, has been absent for some months. It irks (akin to how nobody realises that Clark Kent without glasses is Superman), as does the insensitive way in which Lindy comes to stay in Kyle's apartment, but neither issue was as detrimental to my enjoyment as Beastly's continual attempts to be hip, happenin' and appealing to the teens of today. As I touched on above, the abbreviated lingo verges on incomprehensible at times (particularly in the first twenty or so minutes) while the contemporary soundtrack just feels shamelessly contrived and intrusive. Now that's lame core.

We all know the story, so we all know how Beastly ends: Happily ever after, of course, but the upcoming DVD and Blu-ray release (due in the UK on August 29th) includes a rather lengthy alternative ending which sticks much closer to Fynn's novel. My initial reaction was that I preferred it to Barnz's re-written conclusion, however I soon realised that it over-complicated the plot by bringing back one too many elements from earlier in the film at a time when the story needed clarity, not confusion.


In a CR@B Shell: A timeless love story is buried beneath a trendy try-hard surface; how ironic for a film about looking beyond the surface. Unfortunately, unlike Lindy I just couldn't get beyond Beastly's aesthetic flaws, and despite warming to certain elements I ultimately didn't fall in love with Daniel Barnz's youth-targeted refurb. Call me shallow if you must – but please don't curse me!
aaaaa
Created by ~ CR@B Howard ~ at 17:48