Hair of the Dog 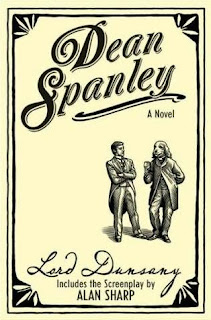 
Playwright, poet and novelist Edward Plunkett (published under his official title of Lord Dunsany) was most well renowned for his fantasy fiction, into which genre it is fair to say My Talks with Dean Spanley falls, for it truly is an utterly bizarre tail- I mean, tale. Over the course of the 14 chapter novella, the eponymous dean divulges a deluge of details of his supposed past life... as a dog named Wag (!) to a fame-hungry scientific writer, who dupes the religious leader into spilling the beans on his transmigratory secrets – by getting him drunk on Tokay at dinner parties.

The novella comprises of the dean's ridiculous rambles recorded verbatim (this is all in the name of science, after all), mixed with the writer's agenda-driven observational notes, making him a character in his own right. The formal and outdated prose style takes some getting used to, but it does help characterise the nameless writer – by highlighting his immoral (and surely unscientific?) ways. He readily admits to not having the Dean's wealthfare at heart; his goal being to “rob” the man of his regressive memories and publish them in a report on his “Investigations into the Origins of the Mentality of Certain Serious Persons”, therefore making him famous across Europe.

The Dean's irritatingly twee canine callbacks – including burying food to add to the taste, being beaten by his “Masters” and hunting with fellow mutt “Lion-hunter” – soon become increasingly repetitive, not only to us (indeed, only the shortness of the work convinced me to stick with it), but also to the author, who complains in his notes of the “common” and “ordinary experiences” the Dean details, in lieu of the “strange beliefs” of a “spiritual traveller.... from a past age”. In desperation, the writer invites more guests to his devious dinner parties, in the hope more Tokay will be drunk and more revolutionary secrets unveiled. 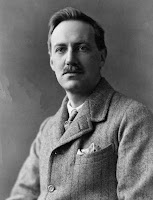 And so we reach the hallowed pay-off to these numerable talks with Dean, as the sozzled Spanley lays bare his most remarkable century-old reminiscences, revealing the truth behind canine homing skills, how they are able to sense rabies in other dogs before humans can tell, and much, much more. Except – and herein lies the moral of the story, kids – drinking glass for glass with his guests, the author blanks out and fails to remember anything the Dean has said. The same is true of the other individuals, leaving the scientific writer without any answers to his years-long studies.

Good, I say, for the in-story author was a low and despicable man who didn't deserve fame and fortune for robbing an honest – if decidedly eccentric – man of the cloth of his tipsy blathering. But did this ethical one-note twist* really require 122-pages of squandered preamble? Much like the Dean, I too feel duped into giving up so much of my time to the 'scientific' writer. If only I'd been wasted on Tokay also, the book would have been a far more entertaining read.