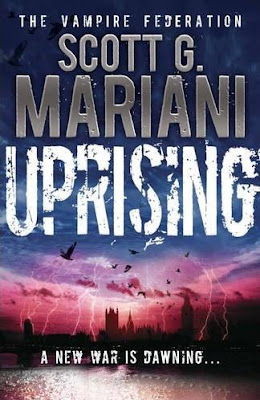 Best known for his high-octane series of Dan Brown-alike mystery thrillers starring intrepid ex-SAS protagonist Ben Hope, Scott G. Mariani's latest prose project – the first in a proposed new saga – is something of a departure for the acclaimed British author. Welcome to modern day London with a supernatural, err, bite... welcome to the world of the Vampire Federation.

Established by the undead hordes to keep their blood-feasting urges from being detected by the technologically savvy human population of the 21st century, the codes of the Vampire Federation are, alas, not adhered to by all neck biters. A rogue sect of traditionalists (or “trads”) lead by ferocious rebel vamp Gabriel Stone are out to bring down the dictatorial Federation, destroy its force of special agents and allow free reign for the fanged creatures of the night.

It was Scott G. Mariani's desire to give the hallmarks of classic vampire mythology – namely those set out in the seminal masterpiece Dracula, which the author openly acknowledges as far more than a passing inspiration – a fresh and modern spin. Hence his action packed world of interspecies civil war is stocked with many an advanced gimmick and gizmo (although cynics may say "story-servicing cheats") which Bram Stoker could scarcely have envisaged: from an arsenal of vamp-dusting weapons, to pills which allow the night-walkers to get a suntan, and injections which wipe the recent memory of any neck-punctured mortal.

Of course, this is one mighty popular sub-genre of horror, and many recent films, series and novels have beaten Uprising to the punch. Blade, Nightwatch, Twilight, the True Blood/Sookie Stackhouse chronicles, 30 Days of Night and Daybreakers are but a few mainstream examples of modern twists to the age-old antagonists. For all Mariani's best intentions, this leaves Uprising with a terribly trite and stale stench. From the shadow strewn back-alley attacks, to the cloak-clad “baddies” with their secret dungeon graveyards and ghoulish minions masquerading as butlers: we've seen it all before.

Uprising's second half improves slightly over the unremarkable and clichéd first 250-odd pages, as venegance-powered human hero DI Joel Solomon finally teams up with Federation agent Alex Bishop and the odd couple head to Venice to track down legendary artefact – and ultimate vampire repellent – the cross of Ardaich (yep, that's another "story-servicing cheat").

With a clear goal, the novel picks up pace and feels more cohesive and focused than the globe-jumping mess of the first half where every bite-sized chapter - prefixed with a different locational brief - introduces yet another two dimensional character; from page to page you don't know where you will be, or who with. Were the chapters not so short (3-5 pages is the average, with many a blank page speeding up the journey) and the writing not so sprightly and easy to digest, I would have given up on Uprising long before the story began to grip me. 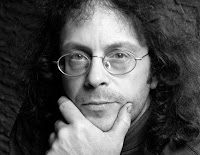 Mariani's prose has a strongly cinematic feel. This author clearly prefers writing action to detail, so although the story flies by, you never feel truly immersed. It is as if Uprising was written with one eye on a multi-million dollar Hollywood adaptation and Mariani went all-out to deliver what would look the most mind-blowingly epic on the big screen: there's a Thames speedboat chase, a fight clambering on the London Eye, a high speed car crash and a Dracula-riffing Romanian castle climax. Frankly, it all comes across as a little over indulgent.

The same is true of the over abundance of “fucks,” “shits,” needlessly graphic deaths and out of place sex scenes: I came away with the opinion that Mariani was out to drive home the point that his vampire novel is hip, extreme, current and for adults only. Unfortunately, this all just comes across as a contrived and immature attempt to assert that Uprising definitely isn't Twilight, which was already obvious from the first hint of fang.


In a CR@B Shell: A leisurely read, but Scott G. Mariani's supernatural horror debut brings nothing new to an overcrowded genre. For all its desperate attempts at “modern,” “edgy” and “extreme”, Uprising is a predictable and tired novel which is more hackneyed than homage.
aaaaa
Created by ~ CR@B Howard ~ at 14:54