And Then There Was Aslan It has become so engrained in our cultural heritage over the last 60 years that it's fair to assume that everyone knows the story of The Lion, the Witch and the Wardrobe, whether because of the original C. S. Lewis novel, the new Disney film adaptation (reviewed HERE), or even (as is the case for this CR@B) the late 80's BBC serialisation (such nostalgia!).

For reasons unknown, however, the other (less celebrated) volumes which comprise the seven strong “The Chronicles of Narnia” completely alluded me until viewing the recent big screen reimaginings of Prince Caspian (reviewed HERE) and The Voyage of the Dawn Treader (reviewed HERE). Upon hearing that Fox/Walden are next planning to eschew both the publication order and chronological order of the prose series by filming prequel The Magician's Nephew, I set about familiarising myself with the children's novella so I won't go in cold when the film eventually hits cinemas in 2014.

Written last but set before Lion..., The Magician's Nephew literally goes back to the very beginning by depicting the mythical creation of Narnia and its myriad of fantastical folk and talking animals. We are present at the very dawn of this new world, reading in awe as the great lion Aslan's song brings light then life to a void of nothingness. Lewis's renowned Christian allegory is pretty hard to miss: this is Genesis in all but name – with Aslan (God) even setting a “son of Adam” the task of plucking (but not eating) an apple from a sacred garden (Eden).

The slippery serpent's role is here taken by a familiar figure to the Narnia-verse: Jadis the White Witch, who is accidentally transported to Narnia and immediately sets herself up as Aslan's immortal foe. No catalytic cause is specified for the ensuing rivalry between the paradoxic pair, merely the corrupt Queen's malevolent lust to control everything.

Other welcome correlations to the classic series are provided by the reasoning given for the iconic lamp-post coming to be positioned in the middle of a Narnian forest, and the story's young human protagonist, Diggory Kirke, who will grow into the knowingly sympathetic Professor with the labyrinthine country mansion and magical Wardrobe.

Exploring the rafters of their semi-detached London homes one wet Summer, young Diggory and next door neighbour Polly happen upon the lad's eccentric Uncle Andrew's secret study, wherein the disagreeable old man fools the children into donning magical rings which transport them to a mystical woodland realm which allows them access to any number of universes.

Despite being understandably outdated (there are even a couple of instances of what we today would consider flagrant sexism towards women), Lewis's prose is so easy to read and so tantalisingly magical that it's hard to put down or find issue with. I was entranced from page one. 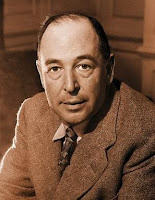 The fantasy does unfortunately get bogged down in unsubtle religious motifs; the Narnia-shaping centre-piece is so vivid in grandiose detail that it brings the book's pacing to an almighty halt. Nevertheless, uncovering the mysteries to this otherworldly realm keeps you engaged. In particular, the explanation behind Professor Kirke's mysterious wooden coat cupboard providing a gateway to Narnia is an acute retro-fit addition; the strawberry atop this already sweet cake.


In a CR@B Shell: Atmosphere and wonder take precedence over plot in this slimline children's fantasy, but The Magician's Nephew is nevertheless a charming and enchanting tale which succeeds in making Narnia all the more tangible but no less miraculous.
aaaaa
Created by ~ CR@B Howard ~ at 17:46