Lady of the Flies 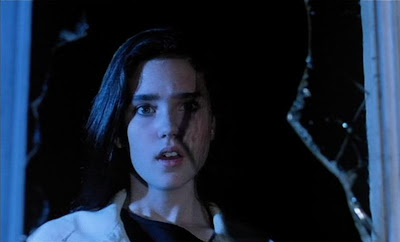 Other than his contribution to the Edgar Allen Poe double hitter Two Evil Eyes (which I really must re-watch to review at some stage), Phenomena is my first undiluted taste of Italian horror director Dario Argento’s cult cannon of surreal hyper-gory Giallo nightmares. Released in the US in 1986 with the title Creepers and with over 30mins of footage edited out (seriously, it must have made no sense whatsoever), cult enthusiasts Arrow Video have digitally restored the extended 110minute version for this recent Blu-ray edition.

The synopsis is a bit of a rollercoaster, so bear with me: Two years prior to her breakthrough in puppet fantasy Labyrinth, a teenage Jennifer Connelly plays Jennifer Corvino, the daughter of a famous movie star who is transferred to a Swiss girl’s boarding school while her father is on location. An insect-lover with a habit of sleepwalking, Jennifer is ostracised by the bullying boarders but befriended by a paralysed entomologist, Dr. John McGregor (Pleasence), whose lab assistant is a trained chimpanzee.* 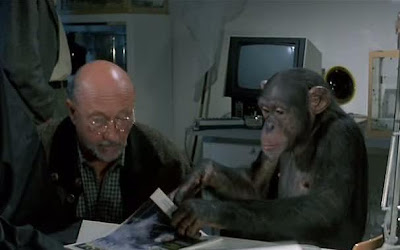 The Scot doc believes Jennifer’s extrasensory affinity with creepy crawlers could come in useful in helping track down a diabolical serial killer loose in the area, and teams up “the two greatest detectives the world has ever known – or should I say: unknown”: Jennifer and a Great Sarcophagus fly (yes – a fly; specifically one which is drawn to corpses). Meanwhile, having run away from school after being diagnosed as mentally ill, Jennifer is offered refuge at the home of school mistress Frau Brücker (Nicolodi) while she waits for her plane to fly her back to her father in LA.

Visually, the film looks great. Top marks to Arrow for a great remaster, even if the English audio does occasionally slip back into the Italian track for snatches of (presumedly lost) dialogue. The synth-powered Goblin score is also fantastically atmospheric without being generic, although the injections of 80s Metal sounds totally out of place. Much like Fulci’s The House by the Cemetery (reviewed HERE), when gore is required, Argento doesn’t hold back, but – perhaps given the protracted runtime – there are lengthy periods of inactivity where you wonder whether this is actually a horror at all. 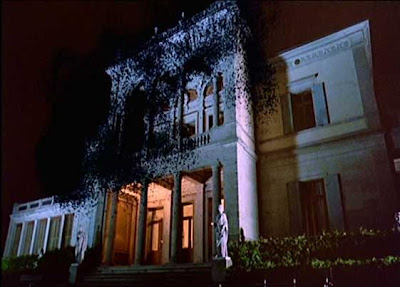 The identity of the serial killer is very well masked, and the climatic reveal is a genuine surprise, but what lets Phenomena down is its inexplicably ropey characterisation. A pair of macho boy racers knock a sleepwalking Jennifer down in their speeding car – and their response is to kidnap her until she fights her way out of the moving vehicle!! Jennifer’s roommate Sophie (Mastroianni) falls victim to the deranged killer, yet neither students nor staff appear overly upset that one of their friends has been slaughtered; they’re more interested in bugging Jennifer over her affinity with insects than staying alive!!

Heroine Jennifer is the most comprehensively fleshed out character, but even she isn’t immune from perplexing character choices. In an early scene she recounts sleepwalking to the scene of one of the murders – yet refuses to tell anyone but Dr. McGregor of what she has witnessed in case the haughty headmistress (Di Lazzaro) dismisses her as delusional! Surely the police should be notified of such a development…? But then it isn’t like this tough-as-nails fourteen-year-old seems even remotely distressed by witnessing somebody get a metal spike through the face. 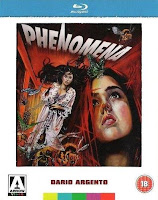 Jennifer’s paranormal powers also feel underused, despite being the film’s main selling point. Her sleepwalking visions of long clinical corridors are never explained and quickly forgotten, while only twice does she summon a swarm of pests and once receive guidance from a firefly. Furthermore, her teaming up with a diminutive “detective partner” is brought to a swift end when she is scared away from the investigation by an Estate Agent (Trevisi), and the eventual discovery of the murderer is brought to her, rather than through any telekinetic skill of her own.