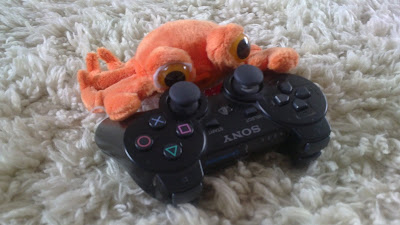 Firstly, let me state for the record: I am in no way a video game aficionado. Quite the opposite. In point of fact, my poor PlayStation 3 was left untouched for a year and a half after it broke before I finally got around to contacting Sony!

Now that I finally have a shiny new replacement in its place – and as a variation from my CR@Blog review norm – I thought I’d give y’all a rundown of the top 5 games which have been most successful in frittering away my free time this past fortnight.

Remember: these aren’t reviews, and as due warning to all experienced gamers: I suck at all of them....

The first game I ever played on my PS3 (primarily because it came free with the console in a bargain bundle), MotorStorm: Pacific Rift just blew me away with its immense detail and breathtaking exotic landscape vistas. Even now I still think the water in particular is amazingly rendered.

I usually place no higher than 14th (out of 15!) in the races and I rewatch the all-too-frequent slow-mo crashes with a morbid sense of glee, but I get such an adrenaline rush from the speed these mismatched motors race at (“Boost! BOOST!”), and I enjoy cursing at all who dare pass me when I’m on a dirt bike!

My latest acquisition, Ghostbusters: The Video Game was a must-buy for me the minute my new console arrived. Written by Ackroyd and Ramis and starring all the original cast, it’s as close as we’ll get to Ghostbusters 3 until Murray stops stalling and signs his damned contract!

I haven’t had the chance to play it as often as I would like (yet), but so far it’s a real franchise fanboy thriller, with you playing as a rookie ‘Buster who joins the iconic spook-zappers on a number of callouts (most of which resemble prominent set pieces from the movies) while being trained at using the equipment. There’s a lot to take in, and the ghosts take a lot longer to zap n’ trap than I expected, but this is still great fun.

Aware of this popular franchises’ roots on the N64 from waaaay back in 1997, and as a huge fan of Jurassic Park, this dino hunting first-person shooter reboot was an obvious choice for me – and I managed to pick it up brand new for just eight quid a couple of years ago (RIP Woolworths).

You play the eponymous knife-wielding mercenary, your spacecraft shot down and crash-landing on a terraformed jungle planet inhabited by genetically engineered dinosaurs. As a gaming novice, even on “Medium” difficulty mode I find the reptilian beasties charge too fast for me to dispose of without sustaining damage, and without a map the overgrown labyrinthine landscape is confusingly repetitive to traverse, but Turok is nevertheless an engrossing adventure.

The PS3 equivalent of comfort food – oh how I looooove the FIFA series; it’s so easy to pick up and play and you only need six minutes a half! I should probably upgrade to a newer edition (one where not only does David James no longer play for Portsmouth , but they’re no longer in the Premiership!), but with FIFA 12 mere months away, I may as well hold out for that.

Despite regular play, I’m still far from skilled at the beautiful game, and even on “Amateur” I still find myself conceding far more goals than I should – although occasionally I surprise myself: In a re-enactment of the recent Champions League Final I saw Manchester United to a 1-0 victory over Barcelona. Less successfully, in the very next game I let in four against Blackpool (though thankfully scored six)!

This really was a no-brainer for the number one spot, wasn’t it? I purchased a PS Move Starter Pack with the sole purpose of playing this dancing game – and I wasn’t disappointed! The attention to detail in faithfully recreated the King of Pop’s iconic music videos is first rate, with “Thriller”, “Ghosts”, “Remember the Time”, “Smooth Criminal”, “Black or White” and “Leave Me Alone” being particularly flash. 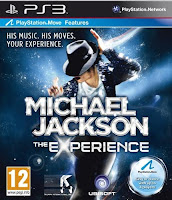 The choreography far exceeded my expectation in regard to level of detail, and even as a long-time fan I still find myself being run ragged by the quick fire moves and flourishes. It’s a shame Invincible wasn’t given a showing (“You Rock My World” was definitely rumoured for inclusion), but surprise additions such as rarities “Sunset Driver”, “Streetwalker” and “Money” make for a versatile track selection. Fingers crossed for downloadable add-ons in the future!
Created by ~ CR@B Howard ~ at 03:55