Waiting for this Day to Come 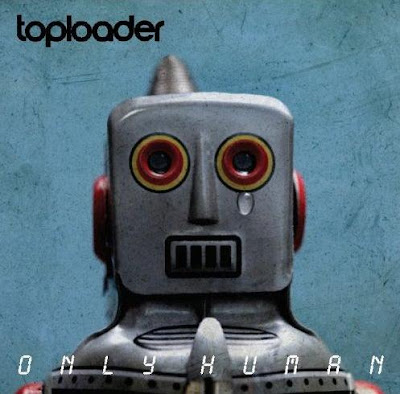 Nearly nine years after sophomore LP Magic Hotel unjustifiably bombed (oh how I love that album) and two years after the long-disbanded 'loader reunited for a series of festival gigs and intimate tour dates (one of which I reviewed HERE), 2011 sees the release of the Eastbourne band's loooooooong-awaited return to the recording studio.

Released on independent label Underdogs Music and written in its entirety by front-man (and current Popstar to Operastar contestant) Joseph Washbourne, Only Human is a bold and brave comeback, eschewing the pop frivolity of uber-popular chart-stormers “Dancing In The Moonlight”, “Just Hold On” and personal favourite “Time Of My Life” for a more mature and reflective indie edge. Just a week after release it's already a well-worn comparison, but there are shades of Coldplay in the production – just check out the ethereal opening to the wondrous “Closure”.

Darker and more solemn in tone does not mean there isn't enjoyment to be derived from Only Human's blissful souring melodies; lead single “Never Stop Wondering” and latest cut “A Balance To All Things” (due for release on 20th June) are still jaunty foot-tappers (rendering the bonus Ash Howe remix of the latter – which merely adds a speedier beat – somewhat redundant), but they are more narratively weighty than certain cheesy cover songs.

I'm going to sound like an overly-complimentary fanboy when I suggest there isn't a weak track on the 12 track set, but this really is a wholly amiable album which can quite easily be played from beginning to end without reaching for the skip button. Each track is a joy – even the prior mentioned remix, in spite of its questionable necessity, doesn't deviate so far from the original as to make it unbearably alien.

If I were pressed for favourites; away from the well selected singles I would draw attention to ruminative opener “Marrakech” which throbs with dusty atmosphere, the beautiful ballad “Paradise” which sounds huge despite its acoustic production, the sense of hope after heartbreak in the aforementioned “Closure”, and epic closer “Numb” which includes a catchy hook to sing- and clap-along to and a rocking guitar riff which will really get the crowd going at live dates. I'll definitely be there - just look for the nutter demanding "Time of My Life"!!


In a CR@B Shell: More “Achilles Heel” than “Dancing in the Moonlight” in tone, but Only Human is nevertheless a soulfully sweet summer soundtrack and all the more palatable for its stripped back honesty: this is the album Toploader always wanted to create. Welcome back lads!
aaaaa
Created by ~ CR@B Howard ~ at 15:26