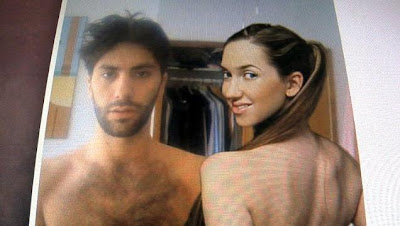 Even after watching this supposedly true documentary on the dangers of online social networking, I still cannot be 100% sure whether it was real or just cleverly filmed to appear that way, in the recently popular “amateur film-maker” tradition of The Blair Witch Project, Paranormal Activity and [REC]. Not that this zeitgeist-tapping Facebook expose has any supernatural elements to alleviate our curiosity, but if a story about things not being as they seem doesn't leave you paranoid, then it isn't doing its job properly.

Either way, Catfish is still a remarkably gripping viewing experience, as NYC photographer Yaniv “Nev” Schmulman is filmed by his brother and his best mate as he embarks on an internet friendship with an 8 year old art prodigy and her seemingly down-to-earth family from the quiet community of Ishiping, after the little girl sends him a painting of one of his published snaps.

As Nev starts to fall for Abby's older sister Megan, exchanging photos, mp3s and phone conversations with his virtual girlfriend over a 9 month period, the documenting trio begin to have doubts about the authenticity of this “normal” family when some of their claims are discovered to be less than honest. Determined to either dispel the doubt or uncover the deception, Nev and his “crew” make an impromptu visit to rural Michigan, when logic would tell them to stay well away.

Sad, shocking and unsettling without being inauthentic or outrageously overdone in its execution, Catfish (and there is a reason for the seemingly irrelevant title, it being taken from an interviewee's talking head during the climax) is a highly recommended warning even for those who never considered themselves naïve to PC deceit; I swiftly found myself drawn in and screaming at the screen in disbelief. And people wonder why I don't have a Facebook profile...


CR@B Rating: An opportunely consummate real-life study or skillfully dramatised fear-mongering? Regardless, Nev Schulman's Catfish will hook you in and still deliver the same cautionary sting in the tale, which couldn't be more timely in our untrustworthy society: Be careful what you click for...
aaaaa
Created by ~ CR@B Howard ~ at 14:53