The God, the Bard and the Funny 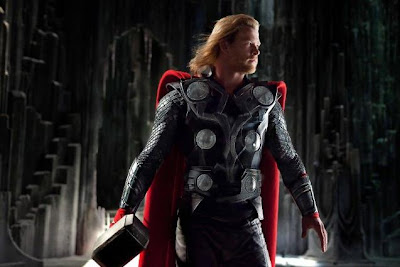 Proud and overconfident warrior Thor (Hemsworth; well cast), the mighty God of Thunder, is stripped of his supernatural powers and his iconic battle hammer Mjolnir and banished to earth by his incensed father, Odin (Hopkins), ruler of Asgard, after his war-mongering arrogance breaks the fragile peace treaty between the Asgardian’s and the Frost Giants of Jotunheim.

Such is the state of play at the start of this fourth Marvel Comics superhero movie from the collective Universe which has so far brought us Iron Man, The Incredible Hulk and Iron Man 2 (reviewed HERE), and will continue in Captain America: The First Avenger, The Avengers and a third Iron Man film over the next few years. 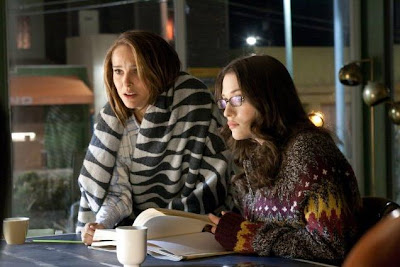 British director Kenneth Branagh – a man most noted for his Shakespearian adaptations – may seem like a leftfield choice for a blockbuster Hollywood superhero movie, but then Thor (a character born from ancient Norse mythology) is hardly your typical superhero, and the dialogue spouted – particularly by the deities in the scenes set in celestial city of Asgard – is reminiscent of the lofty language of the Bard’s renowned stage plays.

Visually, the shimmering Asgard locales (in particular the rainbow-coloured Bifrost Bridge ; the road to other realms) look magnificently grandiose, even in the 2D screening I saw. An oft-compared fusion of Flash Gordon’s fantastical pomposity and Lord of the Rings’s towering majesty, you would expect the earth-bound scenes set entirely within a small dustball community in the New Mexico desert to feel disappointing flat given the almighty contrast, but I actually preferred the fish-out-of-water plot as the felled Thor adjusts to a mortal existence in a territory where people bawl instead of bow at his presence. 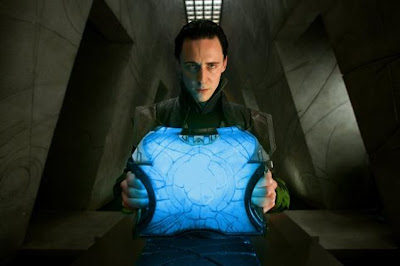 Not since Tony Stark’s silver-tongued charm in the first Iron Man adaptation has a comic book film so successfully embraced the comic without coming across cheesy: the entire audience were laughing along as Natalie Portman’s Jane Foster and her band of storm-chasing scientists (Skarsgård and a standout performance from the dryly derisive Dennings) quip sarcastically (“Mjolnir? What’s Mmnnn-mnnnn?!”) about the raving loony they accidentally hit with their car… twice.

The humour really works, and it’s almost a shame when the action shifts back to the decadently divine dimension to illustrate Thor’s nefarious brother Loki’s (the quietly slimy Hiddleston) deceitful duplicity. The shift in tone is so gigantic that you may as well be watching two entirely different films. Fortunately, Thor’s trusted compadres, Sif (Alexander) and the Warriors Three (Stevenson, Dallas, Asano) retain a playful sassiness which keeps the comedy quota at a comparative high, even when Loki sends metallic monstrosity “The Destroyer” to Earth to dispatch with his indomitable sibling and the narrative gives way to a full blown CGI sandstorm showdown.

As super-secret agency S.H.I.E.L.D. – lead once more by Iron Man’s Agent Coulson (Gregg) – descends on the dessert to quarantine the unshiftable Mjolnir and confiscate Foster’s wormhole-locating research, links to this ever-expanding Marvel-verse are further enforced without isolating those hazy on the mythology. The now-obligatory post-credits teaser once more sees Samuel L. Jackson make a cameo appearance as Nick Fury, but it feels somewhat less worthwhile and more compulsory than previous tags, but at least we know this is one silver screen superhero saga in full flight.


In a CR@B Shell: A welcome injection of dry wit helps ground this potentially outlandish Norse-God-come-arrogant-superhero tale and keep the fantastical accessible. I still heavily favoured the Earth-bound scenes, but Branagh’s Thor was nevertheless a mighty good summer blockbuster – even if it is only April.
aaaaa