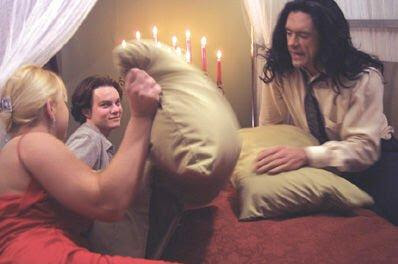 A clear-cut contender for “Worst film ever committed to celluloid”, this self-financed 2003 travesty by unfathomably-accented auteur Tommy Wiseau is so inadequately appalling in every conceivable way that it has gained infamous cult status, receiving numerous midnight cinema screenings - including an upcoming exhibition at Christ's College, Cambridge on June 3rd - and (hopefully ironic) advocates from the likes of Hollywood A-listers Will Ferrell and Kristen Bell.

Clearly intended to be a profound and dark melodrama about the effects an affair can have on those close to you, The Room is more like a farce – none of the unknown cast can act (Wiseau himself the biggest offender), the same plot points are recycled ad infinitum while other more weighty developments (such as a drug money debt and breast cancer test) vanish without trace, the (often dubbed) dialogue is laughable, scenes take place in random irrelevant locations for absolutely no reason, the chronology is in absolute disarray, the camera often dips as if almost dropped while panning the room, characters come and go inexplicably lending no purpose to the story... I could go on! 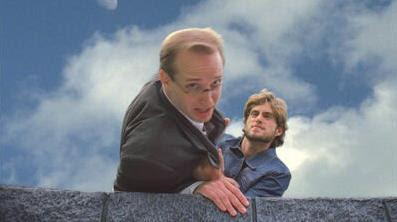 It’s essentially a 15minute short film dragged over an hour and a half, with overlong location pans, impromptu “catch” sessions with an American football and excruciatingly long un-erotic sex scenes (one of which I have my suspicions was a repeat of earlier footage!) padding out the fluff. Wiseau can claim until he’s blue in the face that it was supposed to be laughed at, but it’s obviously not – it’s just an amateurish and inept product of a man whose ego (and wallet) is larger than his talent. 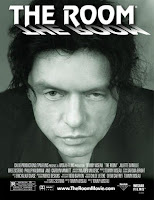 I’m literally stumped for a single redeeming quality to proffer The Room – even the title is preposterous, serving no relevance to the infinitesimal plot whatsoever. And yet, despite its multitude of faults, it is still well worth checking out, if only as an incredulous curio: seeing is believing – and even then you’ll struggle to grasp exactly how anyone could ever consider this abysmal train wreck to be worth making – but at least you’ll have an arsenal of excruciating quotes at your disposal.


In a CR@B Shell: Watch alone and you won’t make it beyond the first two minutes without tearing your eyes out, but watch with friends and you’ll derive much amusement from deriding this diabolical mess which, bluntly, doesn’t deserve even a single CR@B Howard tick.
aaaaa
Created by ~ CR@B Howard ~ at 07:43