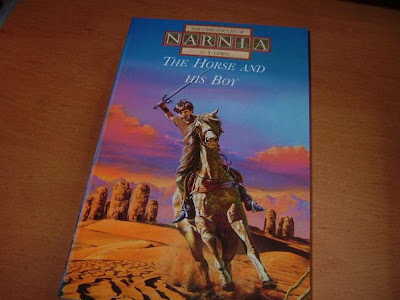 [SPOILERS] The fourth novella written by C. S. Lewis in his celebrated Chronicles of Narnia series, The Horse and His Boy wasn’t published until fifth (held back until after 1953’s The Silver Chair), and – just to confuse matters further – it is promoted to third if the fantasy saga is ordered chronologically. This is the (questionable) system I am following in my leisurely read through, having already digested prequel The Magician’s Nephew (reviewed HERE) and The Lion, the Witch & the Wardrobe – a story so universally revered I skipped on a review (but loved it all the same).

Contrary to the ease with which I picked up and sped through the previous entries, I really struggled to break through The Horse and His Boy’s uninviting opening chapters. I actually stopped reading it for some weeks just because it felt so disparate to what I was expecting/hoping for. Although it is set during the reign of High King Peter and his brother and two sisters (the Pevensie children), it is a very different story indeed. For one thing, it does not offer the reader a real world framework or ordinary human protagonists with which to associate, and - most bizarrely - it doesn't actually even take place in Narnia, either.

The hitherto unseen setting is the fictional realm of Calormen, a dusty, sand-covered country to the south-east of Narnia, where the young boy of the title, Shasta, overhears his “father”, the loveless fisherman Arsheesh, reveal that Shasta is not his biological son but has simply been in his care since the boy washed up on his shore as an infant. Relieved at the revelation and not willing to be sold by Arsheesh into slavery, Shasta and a visiting nobleman’s stallion, Bree, escape their life of servitude and ride together to Narnia... to freedom. 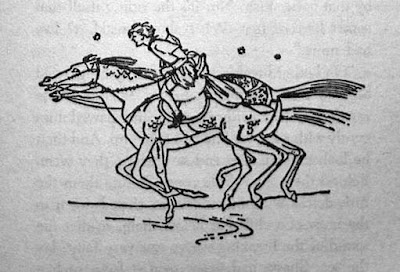 The reason for the jarringly arranged (and frankly uninspiring) title is that Bree is a talking horse of Narnian origin, so he is not Shasta’s trained transport or a “dumb and witless” pet, but a creature of equal worth who contributes considerably to the journey the pair take. This is not to say that Shasta doesn’t learn to ride the horse for speed of departure, only that Bree is not Shasta’s property, thus he is not of secondary importance and is named first in the title, I assume, because his age and experience outranking young Shasta’s.

On their travels, the horse and his boy encounter a second pair of homeless escapees: Avaris, a Calormene aristocrat (coincidentally a girl of Shasta’s age) and her talking horse, Hwin (another happy accident). The four must make it through the Calormen capital of Tashbaan incognito, during which time they are split up and Shasta is mistaken for royalty and invited to accompany visiting Narnian monarchs King Edward and Queen Lucy on their visit. Meanwhile, Avaris uses her regal connections to secretly meet an old acquaintance, during which time they overhear the son of the Calormenian Tisrok (emperor) scandalously commit to preparing an invasion of the nearby kingdom of Archenland.

With all these new characters harbouring new political rivalries between countries I never even knew existed, it is no wonder The Horse and His Boy felt so impenetrably alien to me. It didn’t help that the underprivileged urchins of Calormene and Tashbaan were clearly modelled – and none too positively, in Lewis’ crude and antiquated 1950’s mindset – after Turkish and Eastern cultures; turbans, exotic street markets and countless other broad stereotypes still intact. I often felt like I had picked up a copy of Arabian Nights by mistake and Shasta would at any moment save Bree the discomfort of riding in his saddle and hop aboard a magic carpet instead! 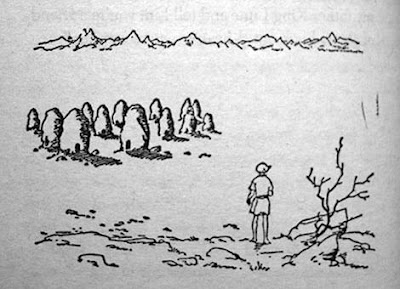 The adventure begins to feel a little more comfortably familiar as the heroic quartet are reunited and decide to take a short cut to Archenland to warn the peaceful people of the imminent Calormene invasion. A recognisably majestic lion makes a number of mysterious-but-pivotal illusory appearances, further fuelling his reputation as an allegorical Christian figurehead, while Avaris and the horses become guests of a friendly hermit (who instantly reminded me of the serene Tom Bombadil in Tolkien’s The Fellowship of the Ring) because *heaven-forbid* a girl would ever dream of joining the men in the battle to quash the unprovoked Calormene attack!! I told you it was old fashioned...

Fundamentally, The Horse and His Boy can far-too-easily be reduced to subtext and sneered at for being a none-too-subtlety disguised lesson in morality and virtue for its young readers. For instance: Rababash, the Tisrok’s rash son, is ultimately forgiven by King Lune of Archenland and embarrassed for his invasion by being temporarily turned into a donkey rather than killed! By the final page, all is well with the world as Shasta is reunited with his real family and Avaris is invited to live with him, while Bree and Hwin journey on and live happily ever after in Narnia. Nevertheless, this proverb-heavy parable still can’t shake the awkward feeling that it is more a desperate spin-off than an integral chronicle in the expansive Narnia legend.


In a CR@B Shell: Not at all the accessible adventure I was expecting, The Horse and His Boy may take place shortly after The Lion, the Witch and the Wardrobe, but it shares little in common with Lewis’ most famous and enchanting work aside from brief cameos and an unmistakably twee religious overtone. A dissonantly incongruent and gravely outdated instalment in the beloved series, much to its disadvantage.
aaaaa
Created by ~ CR@B Howard ~ at 14:06