Break In, Break Out & Break Apart

Now that I'm back with LoveFilm (oh how I've missed you, promise me we'll never be apart again, etcetera), the rate with which I receive and watch films has increased - and therefore so has my review load. So here are three concise critiques which see Russell Crowe break into a prison, eyeless reanimated beasts break out of the earth and the ghost of a deformed madman breaking people apart. Now there's diversity for you... 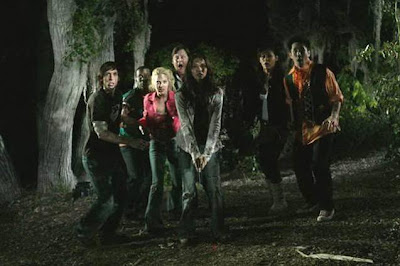 It’s a glossy production for sure; the image is much cleaner than the grittier and more plausible Frozen (Green’s other major horror release, reviewed HERE), while the camera never shies away from the buckets of gore and twisted prosthetics. The humour is also snappy and tongue-in-cheek (“Can you spot me for this?” “Why, you out of money?” “Nah, I just refuse to pay for this shit!”), while the short runtime means things never outstay their welcome (particular not the all-too-sudden mid-scene cut at the end). 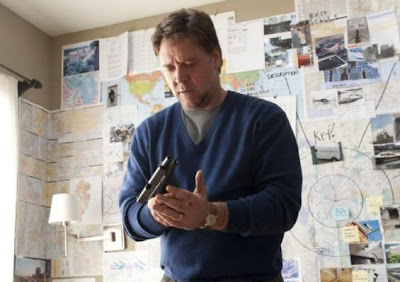 Not a film I was in any great hurry to see (hardly the right attitude, I know, but I’ve got to be up front), but having been handed a copy with a strong recommendation I thought I’d give it a chance. As I suspected, I can’t claim to ever being enraptured by it, but it’s an adequate-enough thriller, if a little overlong, implausible and somewhat predictable once you’ve read the synopsis. Hardly a glowing reference, is it?

Paul Casino Royale Haggis adapted and directed Russell Crowe and Elizabeth Banks in this remake of the 2008 French thriller Pour Elle (Anything For Her). Following an altercation at work, Lara (Banks) and John (Crowe) Brennan’s house is intruded by police and Lara is arrested for murder. Over the course of the next three years all appeals fail and John slowly becomes obsessed with the notion that the only way Lara will ever get out to see her son (Insidious' Ty Simpkins) grow up is if she is broken out of prison. So starts his criminally far-fetched plan…

At over 2hours in length, I was surprised at how much of the plot was crammed into the first all-too-brief scene, while John goes from inept novice to fugitive genius all-too-quickly. Much like him, we never for a second suspect that Lara is actually guilty, but that doesn't stop the police from being as incompetent as the “miscarriage of justice” plot demands. The film’s major failing, however, is in its pace, which covers “The Last Three Years” in a snowballing flash before defrosting at a crawl as the plan nears fruition in “The Last Three Days”. 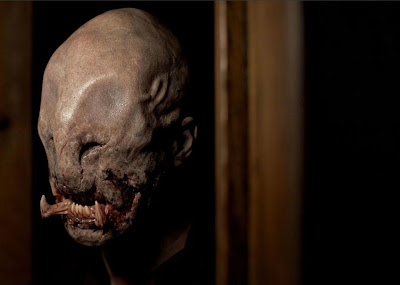 The blind, soil-dwelling zombie miners are a wickedly gruesome bunch (think The Descent’s Crawlers morphed with Romero’s lumbering Living Dead-ites) but they are criminally underused – Franck Richard’s film spends so much time detailing Charlotte’s hunt for the missing Max, her off-hand statement to the retired eccentric local sheriff (Phillippe Nahon; so far removed from your expectation of law enforcement that he may as well be in La Horde) and her eventual capture, that the blood-thirsty mole-men only show up once in the entire first hour.

Finally, a nifty attempt at a curveball epilogue works really well at taking the story full circle (and being startling and just a little bit freaky all at once) until that old chestnut of “it’s just a dream” decimates the impact and makes the diversion feel more like a disjointed deleted scene which has accidentally been edited into the main feature by mistake. It makes for a crushingly disappointing finale to what should have been the most crucial scene in the film.