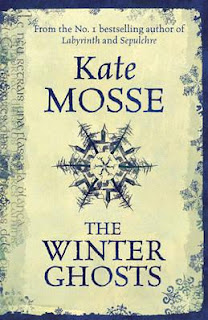 Compressing her favoured novel-forming ingredients of historical globe-trotting mysteries and period-spanning dual protagonists into a much sparser work than we have come to expect from the British fiction writer, Kate Mosse’s The Winter Ghosts makes for a quick but unfulfilling read – its origins as a short story (The Cave) all too apparent.

It’s a source of great debate (in my mind, at least) as to whether the story of Post Traumatic Stress-sufferer Freddie Watson – long mourning the loss of his brother in the Great War, and his own peace of mind – is too short, or too long. Mosse spends such a great early chunk of the book pouring over this poor shell of a man, that by the time the eponymous paranormal activity takes place, the story is all-but-over.

On a head cleansing road trip through the French Pyrenees in 1928, the grief-stricken young man spins his car off the road and, stumbling through the woodland, finds sanctuary in the quaint village of Nulle, where over the course of a single night he meets (and falls in love with) a similarly tragic young woman called Fabrissa, who allows Freddie the chance to open up about his loss and find peace with the ghosts which have long haunted his soul.

"Without understanding, there can
be no redemption" 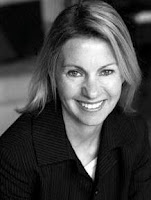 Fabrissa’s heart-breaking story of being chased out of the village by religious extremists proves that Mosse certainly does her research (a similar area of French history was covered in her breakout hit Labyrinth), and an effort has clearly been made to evoke an off-kilter atmosphere, but the paper-thin plot feels contrived and stumbling; unnatural, while Freddie is so (understandably) self-absorbed that it is hard to care for his plight, even when he finds an unexpected resolution.


In a CR@B Shell: Atmospheric but insubstantial, The Winter Ghosts requires more phantoms, lengthier prose, less depression and fewer space-wasting photos to be anything more than a between-tomes filler project for Kate Mosse addicts.
aaaaa
Created by ~ CR@B Howard ~ at 02:17