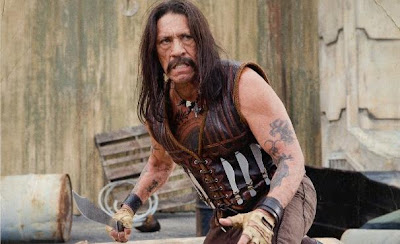 Clearly a pet project of Robert Rodriguez’s (he stepped down from directing duties on his Predators reboot, which was shooting simultaneously), Machete could all too easily have been one niche gamble too many after Grindhouse’s muted reception and multiplexes unanimous decision to separate the two entities spoiled the auteur’s illustrious endeavours. Yet this Danny Trejo vehicle (I never imagined I’d say that before!) is a wild n' spirited cheese fest which will always find an audience. 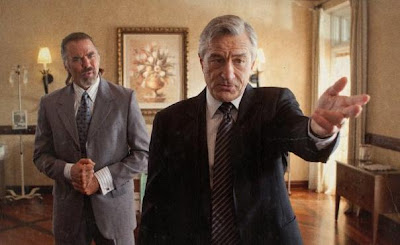 Old school genre fans will be whooping with delight at appearances from Cheech Nash Bridges Marin, Tom Dawn of the Dead Savini and B-movie legend Steven Seagal – Machete is essentially an even tackier spoof of The Expendables, so naturally the plot is completely superfluous next to the in-your-face action and relentless impropriety.

It’s a scratchy-screened, jumpily-edited comic book world where exposed intestines can be used as rope swings, burned baddies make thermometers overheat and the corrupt get their comeuppance while the hero always gets the girl, no matter how old he is and how smokin’ hot and waaaay out of his league she may be (Alba, Michelle Rodriguez, Lohan and her screen mom – together!). Right, that's it, I’m off to draw permanent marker wrinkles on my face and grow a honking great handlebar moustache… *Bom chicka wah wah* indeed.


In a CR@B Shell: A mash-up of brash trash, but a whole heap of vulgar fun regardless. You’ll either “get” Machete or you’ll get mighty offended, either way you may require a stash of beer to make it through this criminally comical tongue-in-cheek actioner.
aaaaa
Created by ~ CR@B Howard ~ at 14:08