The King Has Risen 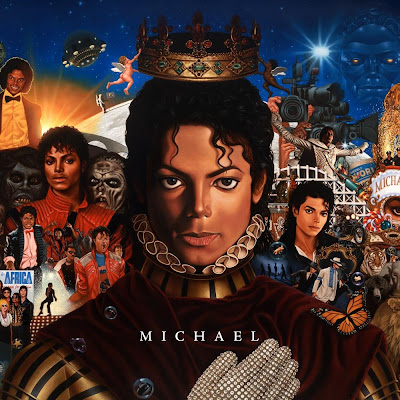 I’m sure many of my readers who actually know me away from the computer screen were surprised to not see this review much, much sooner. The first album of all-new material from my idol, the King of Pop, since 2001’s Invincible, and the first major posthumous release since his untimely passing in June 2009, and the CR@B was silent?

Well let me assure you that this much-hyped collection – simply titled Michael – has been in my collection since day one (and much anticipated for many months before then, I might add), but a number of factors held me back from analysing the tracks too quickly. Firstly, I never like to rush into album reviews because some music, particularly from established artists with heavily revered back catalogues, takes time to settle in your estimations. So as easily as I could have rushed off a review on December 14th, I chose to let the buzz settle. Secondly, there was the “Cascio controversy”… *Brace yourselves*

To summarise: An album’s worth of material was allegedly recorded by Michael in 2007 while he stayed in the company of his friends, the Cascio family, of which three tracks – “Keep Your Head Up”, “Monster” and “Breaking News” – make it on to Michael. Co-written by fledging producer Eddie Cascio and recorded in his less than first-rate home studio, the tracks caused uproar when they first streamed on michaeljackson.com due to the questionable vocals. Now, there’s no denying that Michael Jackson definitely worked on these tracks, but whether his original vocals were tampered with in post-production or gaps in his guide demo's were “filled in” by somebody else remains to be proven.

As expected, Sony Music stuck steadfastly by the track’s authenticity, but regardless of their subjective press releases, a shadow descended over the project. Excitement and joy quickly turned sour in many fan’s eyes, and I must admit that I had my doubts from the opening line of “Breaking News”, but the songs remain on the album for all to judge, and judge is what I’m here to do… 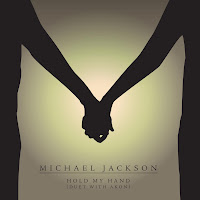 From “Don’t Stop Til You Get Enough” through to “Unbreakable”, Michael always kicked his albums off with a mighty up-tempo number. Comparatively, this rousing ballad about the power of unity is a rather subdued choice for track one and the album’s lead single, but it was clearly a song Michael was passionate about. The demo of “Hold My Hand” leaked online in 2008, much to Michael and Akon’s chagrin, but here it is in a more polished state. Gentle and melodious, its power is in its message, but it’s hardly a song that stays with you.
aaaaa

2. HOLLYWOOD TONIGHT
Written by: Michael Jackson and Brad Buxer. Spoken Bridge written by: Teddy Riley
A more appropriately memorable opening track, this beatbox-powered story of a girl who learned the hard way that fame isn’t all it’s crack up to be has been selected as the album’s belated follow-up single (due in March). Michael spits his sharp lyrics with disgust, and the song goes on a real journey, from the virtuous opening church choir to the vice of “giving hot tricks to men, just to get in”. 3T member Taryll lent his vocals to the spoken bridge, without which the song would be only half complete.
aaaaa

3. KEEP YOUR HEAD UP
Written by: Michael Jackson, Eddie Cascio, James Porte
The first of the Cascio tracks, “Keep Your Head Up” is a sweet story in the inspirational vein of “Keep the Faith” about a struggling single mother who gets a job as a waitress to make end’s meet for her family. Filled with hope and climaxing with an uplifting clap-along, the song is nice without being remarkable, however doubters will not be encouraged by the sampled wooo’s lifted from 1995’s “Earth Song”.
aaaaa

4. (I LIKE) THE WAY YOU LOVE ME
Written by: Michael Jackson
A curious inclusion, if only because "The Way You Love Me" (as it was then called) featured as a complete track on 2004’s compilation set The Ultimate Collection. As much as I can’t fault Theron “Neff-U” Feemster’s more dynamic and spritely production, you have to question why the Estate decided to retouch an already released song – what was wrong with the original mix? Nevertheless, "(I Like) The Way You Love Me" is a simple and harmonious ode which is guaranteed to make you smile.
aaaaa

5. MONSTER (Featuring 50 Cent)
Written by: Michael Jackson, Eddie Cascio, James Porte. Rap Lyrics by: Curtis Jackson
After all my moaning, please don’t think me a hypocrite for saying this but: this song is da bomb. The second of the controversial Cascio tracks is by miles the strongest and least dubious, with a thumping baseline and stirring chorus. Another of Michael’s attacks on the intrusive paparazzi, “Monster” is a storming up-tempo beast with some witty lyrics referencing past hits (“Man In The Mirror”, “Off The Wall”, “Wanna Be Startin' Somethin'”, “2 Bad”); even if 50 Cent’s delightful rhyme-packed rap does do the obvious in mislabelling the attack-track the “2010 Thriller”.
aaaaa

6. BEST OF JOY
Written by: Michael Jackson
Allegedly the most recent song Michael was working on (and, some say, one he was planning to unveil at his This Is It concert run), “Best of Joy” is a light and beautiful ballad which floats and flows so freely. Twee and sugary? Sure, but with all the horrors in this world, what is wrong with a little piece of heaven? Its refrain of “I am forever, we are forever” does become a tad repetitive, but you’re in such good spirits by then that you’re too blissful to care.
aaaaa 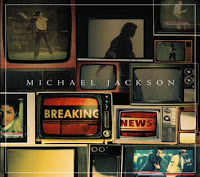 The track forever tainted by the Cascio hullabaloo, only because it was streamed on the official website before release and thus was the world’s first taster of what was to come. Eek. Another vitriolic song expressing MJ’s contempt at the media’s lack of boundaries and morals, it’s a shame I can’t appreciate it beyond the furore, because in truth Teddy Riley’s updated production is first rate, and the melody reminds me strongly of the dance break in “You Rock My World”.
aaaaa

8. (I CAN’T MAKE IT) ANOTHER DAY (Featuring Lenny Kravitz)
Written by: Lenny Kravitz
A sample of this rocky, Lenny Kravitz-penned number was leaked to much acclaim last year, and rumour was it was a strong candidate for the lead single. Lenny has clearly funkified this new edit, but given how it was originally recorded for (but ultimately left off of) 2001’s Invincible, a certain amount of modernisation was to be expected. Additional ad-libs nabbed from “We've Had Enough” really weren't necessary, but otherwise I love it; it’s hard hitting, soaring and passionate, and the chorus is remarkably catchy.
aaaaa

9. BEHIND THE MASK
Written by: Michael Jackson, Chris Mosdell, Ryuichi Sakamoto
Wow. Where was Mike hiding this funky gem for all these years? “Behind the Mask” is a reworked cover of the 1979 Yellow Magic Orchestra song of the same name. MJ supposedly loved it so much he rewrote the lyrics and recorded it himself in 1983, before leaving it to sit in his vast vault of unreleased tracks. His voice is noticeably more youthful than on the album’s noughties output, but the track comes alive with energy. This may be the reasoning behind producer John McClain’s insertion of crowd noise, which certainly doesn’t distract from the magic, and the synthesised backing vocals complement MJ’s superbly. Classic.
aaaaa

10. MUCH TOO SOON
Written by: Michael Jackson
Another track from the archives, “Much Too Soon” was written by Mike for the Thriller album, but he spent literally years waiting for the perfect album on which to utilize this string-accompanied ballad. Sadly, he never he did, but the Estate have included it as a soft-yet-emotional close to Michael. At under 3 minutes, it’s far too short (much like this 10 track, 40 minute collection), but his painfully regretful vocals at missing his chance with a girl really hit home, much like how they do on Off The Wall’s “She’s Out of My Life”.
aaaaa


In a CR@B Shell: An album started and inspired by the legendary perfectionist, but Michael is not strictly a Jackson album and it's doubtful it would have been released as it is if he were still with us today. Regardless, it is a gift to be able to hear the last tracks he was working on, and legacy-threatening Cascio controversy aside, there are some real gems in this brief collection.
aaaaa
Created by ~ CR@B Howard ~ at 12:10